Vermont Sen. Bernie Sanders leads the field of Democratic presidential hopefuls in the first two states that will vote, according to the latest polling, while California businessman Andrew Yang is the latest to qualify for the next debate.

With just two weeks to go before the Iowa caucuses kick off the 2020 election season, Sanders leads there by 7 percentage points, according to a New York Times/Siena College poll released Saturday. That is a 6-percentage point gain for Sanders since the last poll in Iowa by the same two groups three months ago. 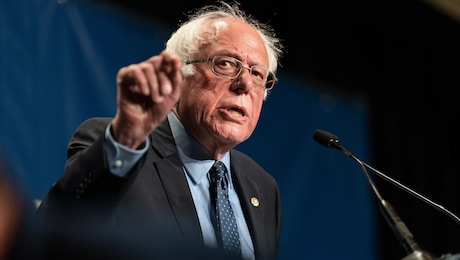 An NBC News/Marist College poll released Sunday also shows Sanders leading in the Granite State with 22 percent support. Buttigieg placed second there, too, at 17 percent, with Biden and Warren at 15 percent and 13 percent, respectively.

Sanders, it should be noted, beat former Secretary of State Hillary Clinton by 20 points in New Hampshire in 2016.

With the New Hampshire primaries scheduled for Feb. 11, ABC News will host the next Democratic National Committee debate there on Feb. 7. Yang, who did not qualify for a debate in Iowa earlier this month, was announced Sunday as the seventh candidate to make the stage next month.

The DNC earlier this month said candidates had to meet various thresholds to qualify for the debate, including polling performance and the number of individual donors.

The NBC News Hampshire poll is the second in a week to show Sanders leading there. A different Iowa poll from last week, however, showed Biden with a 6-percentage point lead over Warren at 24 percent, with Buttigieg at 16 percent and Sanders at 14 percent.

Neither state, though, can be considered a lock for Sanders. Some 39 percent of likely Democratic voters in Iowa said they have not made up their mind yet on who they will vote for. The same is true among some 35 percent of likely voters in New Hampshire.