Vermont Sen. Bernie Sanders leads the field of contenders for the Democratic presidential nomination, according to a new national poll released Wednesday by CNN.

The survey of 1,156 Democratic and Democratic-leaning voters shows Sanders with 27 percent support, compared to former Vice President Joe Biden at 24 percent. CNN said the poll was conducted Jan. 16-19 and has a margin of error of plus or minus 3.4 percent, meaning Sanders’ lead is within that.

Among the other top-tier candidates, Massachusetts Sen. Elizabeth Warren came in at 14 percent and former South Bend, Ind., Mayor Pete Buttigieg is at 11 percent. 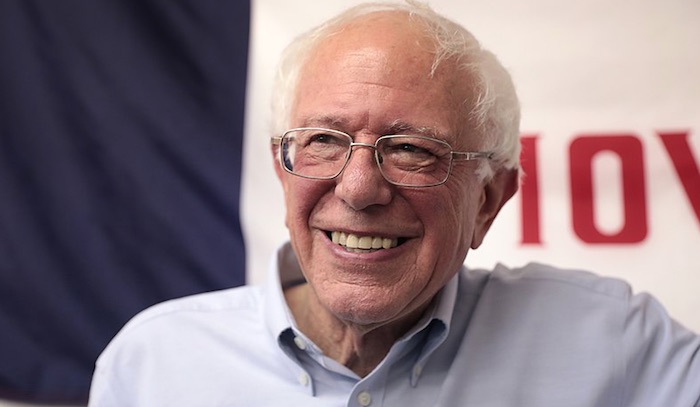 This marks the first CNN poll that Biden has not led.

Sanders also tops the field in what CNN calls “enthusiasm,” as 38 percent of respondents said they would be enthusiastic about his chances should he win the nomination. Biden comes in at 34 percent, 9 points lower than in October. In Warren’s case, she has dipped 12 points since October to 29 percent.

Voters also said they think Sanders most closely aligns to their views on issues that matter most to them, at 30 percent. Biden scored 20 percent on that question, with Warren at 15 percent and Buttigieg at 10 percent.

Biden still has a large lead, however, when asked which Democratic candidate has the best chance of defeating President Donald Trump in November at 45 percent. Sanders scored 24 percent on this measure. Warren came in at 8 percent, with former New York City Mayor Michael Bloomberg at 7 percent and Buttigieg at 4 percent.

Sanders made gains among voters who said it matters more to nominate a candidate who can beat Trump rather than one who agrees with them, going from 14 percent in December to 20 percent now. Biden tops the pack at 30 percent, up 2 points from December, while Warren has fallen from 21 percent to 14 percent. Overall, 57 percent said it was more important to nominate a candidate who can defeat Trump.

CNN said 84 percent of participants said they think a woman can win the presidency. That issue drew attention during the Jan. 14 debate in Iowa, as Warren claimed Sanders told her a woman could not beat Trump.

Interestingly, while 9 percent of men in the poll said they did not think a female could win, 20 percent of women said the same thing. CNN said that 20 percent was consistent across all demographics, including education level, age, race and party.