“And I’m sure you’re familiar with the scientific reports that tell us that we have all of 12 years to significantly cut carbon emissions or else they will be irreparable damage to United States and countries all over the world,” Sanders said during a town hall with Fox News Monday night.

So we have a moral responsibility, in my view, to transform our energy system and leave this planet healthy and habitable for our children and our grandchildren, and by the way, when we do that that, we create millions of good-paying jobs,” Sanders said during the Fox News town hall. 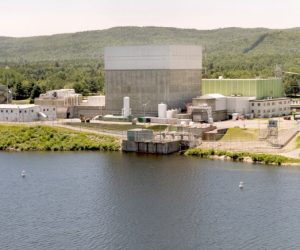 The Vermont Yankee plant was largely replaced by natural gas generation, which means more carbon dioxide emissions. Vermont’s emissions are now 16 percent above 1990 levels, the opposite direction it needs to go to meet its goal of cutting emissions 40 percent below 1990 levels by 2030.

Environmental activists and the media took that to mean the world had 12 years left to avoid catastrophic global warming — prominent climate scientists did little to moderate or fact-check those claims for months.

The claim gained steam as youth activists blared it at protests and as prominent politicians, like Democratic New York Rep. Alexandria Ocasio-Cortez, warned there were only 12 years left in promoting the Green New Deal.

When questioned by fact-checkers, however, experts admitted there was no 12-year deadline to avert climate catastrophe.

“You think we should eliminate nuclear power, which I know they did in Vermont, but it ended up actually moving her emissions higher by 16 percent in Vermont because nuclear doesn’t have any emissions,” MacCallum said.

Sanders disagreed with MacCallum, but state-level data shows emissions did, in fact, increase after the Vermont Yankee nuclear plant closed in 2014. That plant provided 70 percent of Vermont’s electricity.

The Yankee plant was largely replaced by natural gas generation, which means more carbon dioxide emissions. Vermont’s emissions are now 16 percent above 1990 levels, the opposite direction it needs to go to meet its goal of cutting emissions 40 percent below 1990 levels by 2030.

“I fear very much the kind of world that we are leaving to our kids in terms of more drought, more flooding, more extreme weather disturbances, more rising ocean levels,” Sanders said. “And when those things happen, by the way, they become a national security issue because people migrate.”