One day ahead of Nevada’s Democratic caucuses, Vermont Sen. Bernie Sanders is predicted to win the most votes and the most delegates, according to an analysis by the website FiveThirtyEight.com.

Simulations show Sanders has a 75 percent chance of winning the most votes and he is predicted to win 16 out of a possible 36 delegates. Of the 36 delegates, 13 will be awarded based on the statewide vote and 23 based on vote tallies in congressional districts. Sanders is predicted to win six statewide delegates and 10 within Nevada’s congressional districts.

FiveThirtyEight.com is a website that focuses on statistical analysis and opinion polling on topics such as politics, economics and sports. 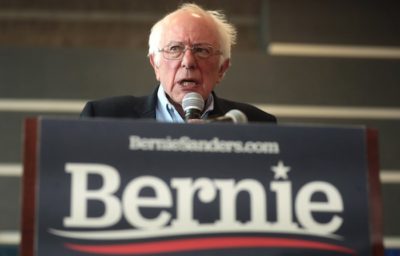 An average of polling done in Nevada shows Sanders leading the field of Democratic presidential hopefuls at nearly 27 percent, with Biden and Buttigieg both at 15 percent. Warren is averaging 12 percent, followed closely by businessman Tom Steyer at 11 percent and Minnesota Sen. Amy Klobuchar at 10 percent.

Former New York City Mayor Michael Bloomberg is at 8 percent in Nevada, even though he did not register to be a candidate there. Bloomberg skipped the first four states to vote – Iowa, New Hampshire, Nevada and South Carolina – and is instead focusing on the March 3 Super Tuesday states and beyond.

According to Advertising Analytics, Bloomberg has already eclipsed the all-time spending record of $338 million, set in 2012 by President Barak Obama. In the past week alone, Bloomberg’s campaign has aired more than 20,800 television and radio ads.

The most recent Nevada poll, released Friday by Data for Progress, shows Sanders with 32 percent support among likely Democratic caucusgoers. Warren is second at 17 percent, with Buttigieg and Biden at 15 percent and 14 percent, respectively.

The Nevada caucuses begin at noon PST Saturday. More than 36,000 people participated in early voting between last Saturday and Tuesday.