In a recent commentary I examined the fact that President Donald Trump is not then only one whose campaign benefited from Russian support. My commentary pointed out that both Green Party candidate Jill Stein and our own Bernie Sanders did as well. 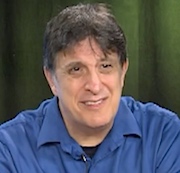 The issue here is not simply the results of the 2016 elections, but the ongoing attempts by Russia to sway American political opinion from behind the scenes. We need to dig deeper into the extent of that influence. In the case of Donald Trump, it is happening. The question we should be asking is, why stop there? In the case of Bernie Sanders, he is being talked about by progressive forces within the Democratic Party as a possible contender for the 2020 elections. Even if he does not run, the progressive machinery built by his campaign is still a political power.

For the sake of transparency, we need to determine the extent to which apparently populist movements may be receiving financial support from sources adamantly opposed to our democratic tradition. It is exactly this concern that was expressed in a Time Magazine article earlier this year:

For many Americans, Russian hacking remains a story about the 2016 election. But there is another story taking shape. Marrying a hundred years of expertise in influence operations to the new world of social media, Russia may finally have gained the ability it long sought but never fully achieved in the Cold War: to alter the course of events in the U.S. by manipulating public opinion. The vast openness and anonymity of social media has cleared a dangerous new route for antidemocratic forces. “Using these technologies, it is possible to undermine democratic government, and it’s becoming easier every day,” says Rand Waltzman of the Rand Corp., who ran a major Pentagon research program to understand the propaganda threats posed by social media technology.

Indeed, it looks like they are just getting started:

Current and former officials at the FBI, at the CIA and in Congress now believe the 2016 Russian operation was just the most visible battle in an ongoing information war against global democracy. And they’ve become more vocal about their concern. “If there has ever been a clarion call for vigilance and action against a threat to the very foundation of our democratic political system, this episode is it,” former Director of National Intelligence James Clapper testified before Congress on May 8.

The main propaganda arm of Russia’s information warfare campaign is Russia Today. In our previous article, we noted that Jill Stein appeared with Russian President Putin and General Flynn at a 2015 “dinner celebrating the 10th birthday of Russian TV network RT.” Here is what the declassified report from our intllience agencies have to say about RT:

The Kremlin’s principal international propaganda outlet RT (formerly Russia Today) has actively collaborated with WikiLeaks. RT’s editor-in-chief visited WikiLeaks founder Julian Assange at the Ecuadorian Embassy in London in August 2013, where they discussed renewing his broadcast contract with RT, according to Russian and Western media. Russian media subsequently announced that RT had become “the only Russian media company” to partner with WikiLeaks and had received access to “new leaks of secret information.” RT routinely gives Assange sympathetic coverage and provides him a platform to denounce the United States.

According to the report, this was Putin’s goal: “Russian media hailed President-elect Trump’s victory as a vindication of Putin’s advocacy of global populist movements — the theme of Putin’s annual conference for Western academics in October 2016 — and the latest example of Western liberalism’s collapse.”