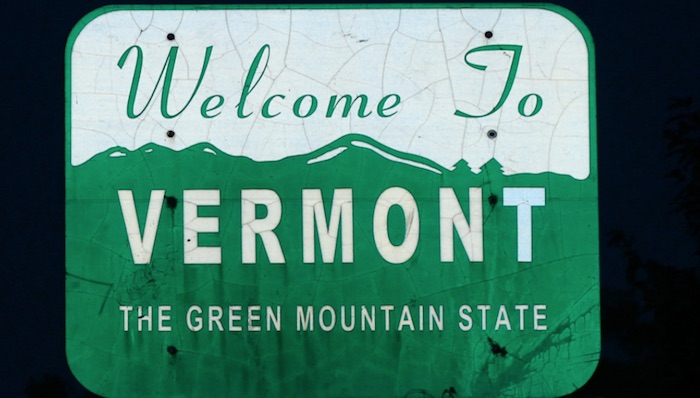 POLICING AND ABORTION: Police continue to receive scrutiny for their arresting and ticketing of minorities, and Vermonters sound off about abortion following the recent Supreme Court ruling that overturned Roe v. Wade.

In this week’s headlines the Burlington Police Department may have a new group looking for alleged racial disparities in its policing. Also, Vermonters reacted strongly to the SCOTUS abortion ruling, and U.S. Rep. Peter Welch, D-Vt., suggests kids should have access to transgender therapy.

At Tuesday’s Burlington Police Commission meeting, commissioners requested the creation of an independent group to examine racial disparities in the city’s policing statistics. According to the city’s latest report, blacks make up 6.2% of the city’s population and represent 21% of police arrests. About 36% of police use-of-force incidents also involve black suspects.

The police report in question notes that nearly half of all BPD interactions involve non-Burlington residents.

Nonetheless, the Commission wants the department to coordinate with the Center for Policing Equity on the creation of a group for identifying bias. The center’s website states “the vicious legacy of White supremacy is a root cause of suffering across the globe. … Systems that support White supremacy must be resisted and dismantled.”

The mostly silent response of Democrats and Progressives to vandalism at the State House has prompted some Republicans and conservatives to speak out. Gov. Phil Scott, at his weekly press conference, said “This is unacceptable from any side of the equation.” Paul Dame, chair of the Vermont GOP, pointed to the absence of outrage by numerous Democratic leaders.

“I worry that if we don’t stand up to condemn it today, that we may be in store for even worse in the future,” Dame wrote. “… So far Molly Gray has been the only Democrat in the entire state of Vermont who has condemned what happened at the State House. Almost every other prominent Democrat, from state Senators Becca Balint and Kesha Ram to Congressman Peter Welch and Senator Bernie Sanders, have been completely silent.”

Democrat U.S. Rep. Peter Welch has co-sponsored the “Trans Bill of Rights” resolution, which was introduced Monday in the U.S. House of Representatives.

According to the resolution’s text, lawmakers seek “to protect and codify the rights of transgender and nonbinary people under the law and ensure their access to medical care, shelter, safety, and economic security.”

Specific provisions include eliminating one’s biological sex on federal IDs. Another says this is for “codifying Roe v. Wade, guaranteeing the right to abortion, and codifying the right to reproductive health care such as birth control and fertility treatments for everyone, including transgender and nonbinary people.”

The bill includes language protecting reproductive rights of children. It states that this is for “eliminating unnecessary governmental restrictions on the provision of, and access to, gender-affirming medical care and counseling for transgender and nonbinary adults, adolescents, and children.”

A pro-abortion group has apparently used the blog Abolition Media to take credit for acts of vandalism against pregnancy centers in Washington, Virginia and even Burlington, Vermont.

The blog post about Burlington states: “The impact of concrete chunks on those old colonial window frames was absolutely titillating.” it reads. “… We struck once, disappearing into the dark before re-emerging from another direction and striking again.”

The poster’s message for Burlington goes on to make disparaging remarks about Burlington residents who support the pro-abortion cause yet fail to participate in vandalism:

The burnout Phish Heads did nothing. Circle jerk vigils where cis-het white hippies sound-off on their megaphones in the park like it’s 1969 are obviously doing nothing with actual consequence. Spare us the performance. It’s time to put up a real fight. Gather your friends and collect heavy rocks. … This time it was concrete slabs. Next time we’ll bring it Wisconsin-style.

According to the Des Moines Register, “groups identifying themselves as Jane’s Revenge have attacked other crisis pregnancy centers in the U.S. in recent weeks. In May, the group claimed responsibility for throwing Molotov cocktails into the office of an anti-abortion organization in Wisconsin.