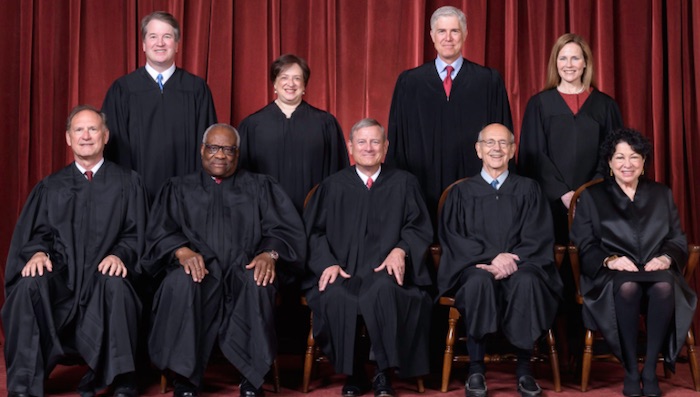 Asian Americans, who represent 7.2% of the population according to the 2020 census and are the fastest growing minority demographic in the country, are not and never have been represented on the Supreme Court.

With the retirement of Justice Stephen Breyer, President Biden announced his intention to replace him on the Supreme Court with a Black woman. A following ABC News/Ipsos poll shows that an overwhelming majority of Americans, including a majority of Democrats, disagree with that racial approach to filling the seat:

Americans overwhelmingly believe Joe Biden should ‘consider all possible nominees’ (76%) rather than ‘consider only nominees who are Black women, as he has pledged to do’ (23%). Partisanship drives major differences in attitudes about the next Supreme Court pick, with virtually all Republicans saying ‘consider all’ (95%) compared to only half of Democrats (54%). – Ipsos poll, Jan 30, 2022

We agree with that sentiment. But, setting it aside for a moment for the sake of argument, if race is going to be a determinative factor in choosing a justice, why not consider someone of Asian descent?

Blacks, who represent 12% of the US population, have been continuously represented on the nine-member Supreme Court for over half a century since Thurgood Marshall was appointed in 1967 (11% of the Court’s makeup).

However, Asian Americans, who represent 7.2% of the population according to the 2020 census and are the fastest growing minority demographic in the country, are not and never have been represented on the Supreme Court. What’s up with that?

A number of state and federal laws explicitly discriminating against Chinese immigrants were in effect throughout the mid-19th and early 20th centuries, some of which in the West were every bit as oppressive as Jim Crow laws in the South. The role of Chinese immigrants in building the Transcontinental Railroad, and the conditions under which they did so, is still an unsung chapter in US history. The Chinese Exclusion Acts were not repealed until 1943.

Similarly discriminatory laws were leveled against Japanese immigrants, and, as we all know, Japanese Americans were rounded up and put into camps during World War II.

So, if the objective is to make the Supreme Court “look more like America” and give previously discriminated against minorities a voice, there is a stronger case to be made that it’s time to place an Asian American on the Court.

9 thoughts on “Roper: If race is a factor for SCOTUS appointment, what about Asians?”