If you saw what happened in the Virginia and New Jersey governor’s races, you know that left-of-center politicians nationwide, and especially on the East Coast, are panicking about a similar voter backlash washing them out of office a year from now. Glen Youngkin, now governor-elect of Virginia, and Jack Ciattarelli, who barely missed knocking out New Jersey Gov. Phil Murphy, capitalized on what a lot of voters see as a tone-deafness on the part of Democrats who are pushing highly ideological policies at the expense of their constituents. 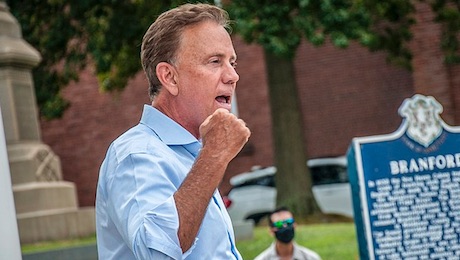 One of those policies is the Transportation Climate Initiative (TCI), a convoluted, multi-state cap and trade program that is essentially a carbon tax on motor fuels. What could be more out of touch with voters’ priorities than increasing prices at the pump when gasoline and diesel costs are at multi-year highs with no signs that they are coming down or even leveling off anytime soon? TCI wasn’t popular when gas prices were low!

So, it is not a tremendous surprise the Connecticut Governor Ted Lamont, who is up for re-election next year, has withdrawn his state from TCI, at least for the time being. According to the Hartford Currant Lamont said, “Look, I couldn’t get that through when gas prices were at an historic low, so I think the legislature has been pretty clear that it’s going to be a pretty tough rock to push when gas prices are so high, so no,” to TCI.

Lamont was one of just three governors to agree to participate in TCI a year ago, though neither the Connecticut nor the Rhode Island legislatures passed the laws necessary enabling laws. Lamont just dashed any hopes that TCI will be revived in 2022.

One can’t imagine there’s much enthusiasm for the gas tax in the New Jersey legislature, where the Senate President Pro Tem was just defeated by an unknown truck driver who spent less than $10,000 to beat him. And, the word in Virginia is that soon after he’s sworn in, Governor Youngkin will fully withdraw Virginia from TCI, and another domino falls.

Why should we care in Vermont? We’re one of the states still “at the table” discussing this boondoggle of a gas tax, and fully joining TCI will be a top recommendation of the Vermont Climate Council when they put forward their plan to reduce greenhouse gas emissions this December. TCI is about the only revenue source the Council has been able to identify to pay for their unbelievably expensive proposals, and now it looks like that well is dry before the first bucket of cash was ever filled.

Perhaps it’s time for our own Governor Scott to take a similar stand and formally withdraw Vermont from TCI negotiations. It is pretty clear the people do not want it.