A key component of the Climate Action Plan just put forward by the Vermont Climate Council is a thing they’re calling “The Clean Heat Standard.” This is a convoluted scheme that is in practice a stealth tax on home heating oil, propane, natural gas and kerosene that will drive up the costs of those products for consumers.

In a nutshell, the Clean Heat Standard (CHS) would create a government-run system of “credits” that some businesses can “mine” (kind of like the way people “mine” Bitcoin) by doing things like installing heat-pumps, switching customers from oil to biomass, or other actions that reduce greenhouse gas emissions. Wholesalers who sell CO2-producing heating fuels would be mandated to buy these credits, if they couldn’t create them themselves, in order to sell their products to you and me, driving up the cost. 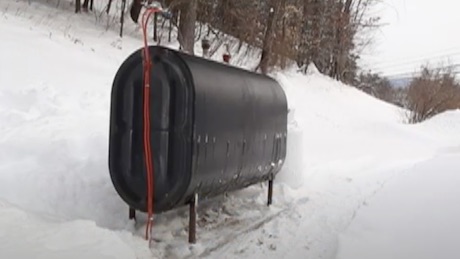 Those fuel sellers who refuse to play this game and fail to create or purchase these credits from others in a given year should, according to the CHS, “have to make a non-compliance payment, set to exceed the estimated cost of delivering clean heat credits.” This is Orwellian nice-speak for “get hit with a big, fat fine.”

So, who would be in a good position to “mine” these credits? Politically favored entities like heat pump installers and Efficiency Vermont. Who would not be in a good position to generate these credits but would be forced to buy them? People who just sell home heating fuels. Ergo, this is essentially a tax on heating fuel wholesalers — passed along to their customers (again, you and me) — the revenue from which will go to subsidize Efficiency Vermont, et al., who will bank this found money by selling the credits to said wholesalers.

Those fuel sellers who refuse to play this game and fail to create or purchase these credits from others in a given year should, according to the CHS, “have to make a non-compliance payment, set to exceed the estimated cost of delivering clean heat credits.” This is Orwellian nice-speak for “get hit with a big, fat fine,” which is, again, a de facto tax that will be passed along to their customers in the form of higher prices for home heating fuel.

(One major question that the council leaves unanswered is how Vermont could force wholesalers based in other states or countries, such as Canada, from which Vermont gets much of its heating fuel, to participate in this credit market. Legally and practically speaking, we can’t. That’s a problem.)

But this is just where the nightmare begins.

First of all, just imagine the size and scope of the bureaucracy necessary to monitor, verify and keep track of all these “credits” being generated by people installing heat pumps, etc., and then maintain an accurate ledger of who creates, buys, sells and owns these things. Here’s an example put forward by the Climate Council of what they are proposing:

If in the Fall of 2025 the PUC [Public Utilities Commission] approves an updated assumption that a 3-ton centrally-ducted heat pump provides 5 clean heat credits for each of the fifteen years of its assumed life, any heat pump installed in 2026 would earn five credits in 2026 and each year thereafter through 2040 (its fifteenth year).  Those credits would remain as assigned in 2026, even if a future evaluation suggests that such heat pumps produce more or less GHG emissions reduction than 5 credits per year would imply.  In other words, the number of credits a common measure provides is determined by the PUC approved assumptions for the year the measure is installed.

Now, this is for just one initial transaction, the “mining” of 5 credits, each with a 15-year shelf life. These can be applied to the company that mined them, or that company can sell some or all of them before they expire. But here’s the scope of what they’re talking about: “It is no small thing to create a public policy that can reach out to just about every building owner in our state and lead them to make substantial investments in new heating systems to address a global problem.”

No small thing indeed! And the Public Utilities Commission is going to verify that, for instance, 200,000 heat pumps (their goal) have been installed, assign a credit value to each transaction, a shelf life for each credit, identify the “owner” of each credit, and then keep track of any future buying and selling of credits between over time. How much will it cost to administer such a program? How many auditors, inspectors and accountants will it take? Good luck with this.

And here’s where it gets really ugly. As mentioned earlier, the mandate to create or obtain these credits falls on the backs of fossil fuel wholesalers in the state — whether customers (you and I) want to buy a heat-pump or transition to biomass fuels, etc. or not. What if customers don’t want these new products in their homes and the credits, or enough of them, are never created? The state does not care. Fail to make the sales, and the wholesaler will be made to pay a “non-compliance payment.”

This puts businesses in an unwelcomed position of somehow either forcing or manipulating their customers — you and me — into doing and buying things they don’t want, feel they don’t need, or possibly can’t afford. As such, these businesses will become an unwilling agent and enforcer for the state, not a service provider with a responsibility to their customers.

As the Vermont Climate Council puts it, “Heating systems are not a mail-order item. We need Vermont-based businesses with customer relationships and, literally, “boots on the ground.” The Vermont economy already contains an array of fuel dealers, renewable energy companies, and heating contractors who could, if refocused and incentivized, do a lot of this work.”

In other words, the state is going to force nominally independent businesses to change their business models or pay significant fines while co-opting their labor forces to implement state policy.

This is not a policy that belongs in a free society.