This commentary is by Ron Lawrence, of Essex Junction.

There is so much talk about division these days. I guess that’s what sells newsletters. For my part, I have made it a point in my life to talk to people with different perspectives on the world than my own. There are numerous examples, but a common thread throughout is how often we make poor assumptions about the other. 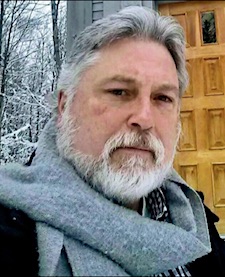 I was recently identified as a “right-wing antagonist” in another opinion piece in VTDigger. I’d like to know what the author finds as so objectionable. I’ve been lumped in with a crowd of “Trumpsters” — like supporting President Trump is a bad thing.

And, seriously, just what exactly is the objection to President Trump? For many of us, President Trump did what we all knew was possible right along. We simply haven’t elected any officials, Republican or Democrat, with the backbone to follow through with their promises.

Trump told us what he was going to do, and why. He effectively controlled the southern border. He made us energy independent. He single-handedly breathed new life into our economy through his policies and through his personal charisma. He made NATO members start paying their fair share, turned things around with a crazy North Korean dictator, and succeeded in identifying the Chinese Communist Party as the enemy that they are. Compare this to where we are now. What’s not to like? Do you really object to these policies? Or perhaps it is simply that President Trump was effective?

Why should people be so demonized for supporting him? One very poor assumption is that Trump supporters support Trump, the man, at all costs. Nothing could be further from the truth. We support Trump because Trump believes in our American ideals. His actions conveyed his beliefs that our government belongs to the people, that personal liberty is integral to our prosperity as a nation, and less government is better because it exerts less coercion on our lives. His actions definitely spoke louder than his words.

Another poor assumption is that many Republicans don’t support Gov. Phil Scott simply because he didn’t support Trump. Well, that’s not quite right either. But, how can our governor expect unity when he has made such a show of his vote for President Joe Biden? How does he model unity when he doesn’t show for GOP events, work with GOP leadership, or calls half of his Party “racists”?

The governor could turn this situation around in a heartbeat. But that rests squarely with him and not with the Republican Party.

So all you purveyors of equity, inclusion and social justice, if you are sincere in your claims to promote justice, you should try actually talking to a conservative. You just might find your assumptions being challenged.

3 thoughts on “Ron Lawrence: Trump believes in our American ideals”