This commentary is by Kathy Byron, is a member of the board of the American Legislative Exchange Council (ALEC).

The Supreme Court’s decision in Dobbs v. Jackson Women’s Health Organization gives hope to Americans who believe in the humanity of every person, including those yet to be born. That hope now rests on the leadership of state legislators.

An important point must be made to cut through the noise surrounding this landmark decision: the Supreme Court is not outlawing abortion. Instead, Dobbs has properly moved the debate around protecting life to the elected and accountable members of every state legislature. 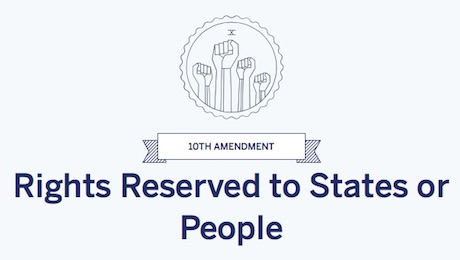 The opinion should be welcomed by all Americans, as it will breathe life into the Tenth Amendment of the U.S. Constitution, “The powers not delegated to the United States by the Constitution, nor prohibited by it to the States, are reserved to the States respectively, or to the people.”

In all likelihood, states such as Mississippi – where the Dobbs case originated – will strictly limit abortions, while states such as California will make abortion available at all times during a woman’s pregnancy. Many states, however, will likely fall somewhere in the middle.

Public opinion indicates numerous states will place restrictions on abortion after the first trimester, possibly allowing exceptions for rape, incest or where the life of the mother is at stake.

When Roe was decided in 1973, and Casey over two decades later, the Supreme Court prematurely stopped a very important debate that was occurring in states across the country: Whether life should be protected at all stages of development, as I believe it should, or whether a woman should be able to terminate a pregnancy.

Through Roe, the Supreme Court injected itself, contrary to the Tenth Amendment, and preempted that debate. Instead of allowing the people through their elected representatives to decide if, or how, abortion should be permitted and regulated, the Court dictated one policy for the entire nation. In the Dobbs opinion, the Court is merely returning the debate to the states. The citizens of each state, through their elected lawmakers, will be able to enact legislation related to abortion in a way that they think is best for them

Returning the debate to the states means that we have a greater role not just protecting life, but in providing for it. Those of us in the legislature need to look ahead. People on both sides of this debate often forget that there are two lives at stake — the life of the unborn child and the life of the mother.

How can we, as a people, come alongside of mothers-to-be? What type of assistance can we provide? How best to demonstrate our care and concern for both lives?

The Dobbs opinion is an encouraging development for people like myself who believe in protecting life. But the opinion should be welcomed by all Americans, as it will breathe life into the Tenth Amendment of the U.S. Constitution, “The powers not delegated to the United States by the Constitution, nor prohibited by it to the States, are reserved to the States respectively, or to the people.”