This commentary is by Robert Rich of South Burlington.

Last summer our Secretary of State, Jim Condos, wrote an article on our elections that he circulated around the state. Unfortunately, for readers sincerely concerned with the integrity of our elections, Condos’ letter was long on obfuscation and incendiary rhetoric and short on fact and reason. 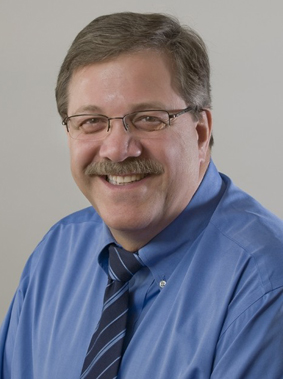 The driving themes of Mr. Condos’ letter were threefold — that mass mail voting must be implemented permanently and nationwide, that other states’ legislative efforts to ensure election integrity were aimed solely at reducing access to the ballot, and that a federal takeover of states’ election rights (via the “For the People” Act) would end partisan political games.

When it comes to methods of voting, reasonable people agree we must make voting as accessible to everyone as possible, but without compromising the integrity of the vote. Citizens must have faith their vote will count, or they won’t bother to vote. A recent Rassmussen poll determined 80% of Americans favor voter ID. For perspective, 46 of 47 European nations mandate voter ID. And of the 47 European nations, 35 ban absentee voting outright, and 10 more require voters to appear in person to obtain an absentee ballot. Some European voting safeguards came after mass voting fraud was discovered in France and England. Its proponents do not want to admit it, but mass mail voting is exceptionally vulnerable to fraud.

Irrespective of what one may believe about its outcome, the 2020 election was very different than any in our history. Because of fear surrounding the worldwide pandemic, numerous states temporarily adopted voting practices ostensibly intended to keep people safe, but that often did not comply with their own constitutions. Some of these measures alarmed voters, poll watchers, legislatures and candidates. When the smoke cleared from the election, state legislatures across the country took rational measures to address these concerns. Many closed unforeseen holes in election practices exposed by extra-constitutional changes to voting (perhaps) conveniently attributed to Covid. Contrary to Mr. Condos’ assertion that these measures were specifically designed to reduce the vote, they were prudent and necessary and reflected a sincere effort to ensure free and fair elections. Arizona’s new voting law has already been upheld by the U.S. Supreme Court.

As our nation witnesses the bitter and counterproductive partisanship on daily display in Congress, it seems shocking that Mr. Condos, or anyone would believe turning over states’ voting rights to that body would end political gamesmanship. With remarkable prophetic wisdom our founders purposely framed our laws to decentralize power, and the “For the People” Act would undo this. This transparent power grab by Congress would among other things ban state voter ID laws, prohibit election officials from verifying eligibility of voters, prohibit removing ineligible voters from voting lists, mandate no-fault absentee voting, legalize ballot harvesting, and force the registration of large numbers of ineligible voters. It reads practically like a manifesto for vote fraud and would be an irreversible step backwards in ensuring the integrity of our elections and sustainability of our freedom.

There is one other aspect of the 2020 election that every American believing in the sanctity of free and fair elections should be concerned about but was not mentioned in Mr. Condos’ letter. One private individual, billionaire Facebook owner Mark Zuckerberg spent $400 million of his personal funds to influence the 2020 election. The extent to which he was able to dictate the terms of our election was alarming. In just one example, a Democrat activist named Michael Spitzer-Rubenstein was sent to Green Bay, Wisconsin where, with the blessing of that city’s mayor, he literally took control of the election. Incredibly, the scope of this unelected individual’s authority included collecting absentee ballots, fixing ballots that would otherwise be voided for failure to follow the law, and supervising the counting of ballots. He even had keys to the central counting facility and access to all voting machines, and his name was on the contracts with the hotel hosting the ballot counting. This scenario was repeated in cities across the country as 400 million “Zuckerbucks” were deployed in accordance with his personal wishes. Thankfully a number of states have moved to eliminate recurrences of this type of undue influence on our elections.

Mr. Condos is right that our voting rights stand at a crossroads. The great Thomas Sowell said, “Freedom has cost too much blood and agony to be relinquished at the cheap price of rhetoric.” Our roadmap to our continued freedom demands our constant vigilance in separating the cheap rhetoric of partisans from truth and fact.