This commentary is by Dr. Robert Letovsky, the David LaMarche Professor of Business Administration & Accounting at Saint Michael’s College and a member of the board of directors of the Ethan Allen Institute.

Back in the mid-2000’s when I was co-teaching environmental science courses, I discovered “Will You Join Us?” (WYJU) an online game developed by Chevron, where players had to power up a simulated city drawing on a variety of energy sources. The game’s scoring system required players to evaluate each energy source on three distinct criteria: “Affordability,” “Security” and “Environment.” 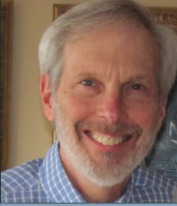 I was always impressed by how quickly my students grasped the simulation and made their cities thrive. However, as I follow the current debates about climate change and energy going on here in Vermont and the US, I can’t help but ask: If college students can grasp the idea that energy choices should be evaluated using multiple criteria, why can’t legislators do the same? Instead, we see too many policies and initiatives driven by a simplistic, single-minded focus on one factor — namely GHG emissions.

Political leaders can’t approach the energy issue like the five-year-old who insists on ice cream for dinner. Just as an adult must tell the child that taste cannot be the only deciding factor for dinner, so must political leaders stop pretending that reducing GHG emissions is the only factor when making decisions about energy. These choices always involve accepting less than perfect outcomes in some areas in return for acceptable or even superior outcomes in others.

Looking at the three evaluation criteria built into WYJU, it’s depressingly clear that one or more is often given short shrift.

“Affordability” is a key consideration for households and businesses when considering long-term living and working situations. When companies unable to afford energy leave Vermont in favor of lower-energy price areas, they take their jobs with them, broadening the affordability crisis. Can we really say that “economy” as in “affordability” was given adequate attention in the debates over the Clean Heat Standard (CHS) or the Transportation Climate Initiative (TCI-P)?

An economy that is powered entirely by renewables will always fail the “Security” standard simply because it’s not sunny or windy all the time. My students quickly learned this when they would try to power a hospital with renewables. WYJU would appropriately ding their score after they left patients at risk. If politicians can’t stomach reliable energy from fossil fuels, shouldn’t they at least consider nuclear energy, which was never mentioned in the 273-page Climate Action Plan?

For a real-world example, look no further than Western Europe’s recent experience.  In 2021, as the continent grappled with soaring natural gas prices, it also had to contend with a year of unusually mild winds resulting in a 20% drop in wind-generated electricity production. This has forced European utilities to burn even more costly natural gas and coal, creating an expensive feedback loop: Households and businesses now face continuously increasing electricity rates as utilities rush to replace “free” but in this case non-existent wind power with ever more expensive “real” fuels, resulting in still more price hikes.

“Security” of energy also means protection from events such as terrorist attacks  and supply cutoffs driven by geopolitics. Regarding the latter, Europe’s spiraling energy crisis following  cuts in deliveries of Russian natural gas due to the Ukraine war can be traced directly to the disastrous decision by numerous governments over the past decade to shut down both coal and nuclear electrical facilities.. When these decisions were being made, Russian natural gas was touted as not only “green” but cheaper than other energy options. Alas, ignoring one of the three WYJU   criteria has left millions of Europeans facing a cold – and dark – winter.

Finally, “Environment” does not only mean hyper-focusing on climate change, but also on equally important challenges such as air quality and biodiversity. Have our legislators done this in their deliberations over energy? Apparently not. Renewables, do generate fewer GHG’s in generating electricity than fossil fuels. However, if we’re serious about reducing GHG’s, we need to consider the “Total Cost of Ownership” (TCO).

The TCO framework looks not only at the sticker price of an acquisition but also at its cost of operation in terms of maintenance, prices for replacement parts, fuel consumption and insurance rates. TCO thinking applied to energy and emissions would require factoring in the reality that both solar panels and wind turbines require rare earth minerals to produce, requiring extensive mining which generates tremendous amounts of GHG’s.

Worse,  limiting one’s focus to only one part of the “Environment” criteria while ignoring other aspects of it  could lead to a range of unforeseen problems.  For example, some energy experts say that moving this country to a totally solar-power based economy would require deforesting most if not all of the continental United States! What would that do to biodiversity in this country? Here in Vermont, wind farms have run into serious opposition from outdoors groups fearful of the impact industrial scale wind farms have on animal migration patterns.

Looping back to the “Security” lens, renewables’ reliance on rare earth minerals is even more problematic since 90-95% of such minerals are produced in the China. Has anyone considered the risk of some type of supply cutoff imposed by the Chinese regime in light of ongoing geopolitical tensions with the United States?

Sadly, Chevron took down the WYJU site after several years of being pummeled in the twitter sphere by critics who couldn’t imagine an oil company having anything worthwhile to say about climate change. The good news is that there is an online game — Energy Island Corp. — which offers the same experience to users, with energy options and challenges similar to those found in WYJU. However, unlike WYJU, players must pay $6 for access.  Why not have Vermonters collectively kick in to buy access to this simulation for all of our state legislators? This sounds way cheaper than the costs which will continue to be inflicted on all of us by simplistic energy choices being made by those who should know better.

9 thoughts on “Robert Letovsky: Looking at the big picture in energy options”