As the final version of the Municipal Roads Storm Water General Permit nears completion, relevant parties continue to disagree on the viability of fixing dirt roads to mitigate phosphorus pollution.

The special permit is a condition of Act 64 of 2015, more commonly known as the Clean Water Act.

Plainfield Road Commissioner Bram Towbin has concerns about the requirements that the act imposes on municipalities.

“I think that this approach to get everyone to have a higher road standard is overburdening to understaffed and overwhelmed small towns,” he said. “And I think that it’s purposefully cloaked so that people don’t realize how much extra work it’s going to be until the train has effectively left the station.” 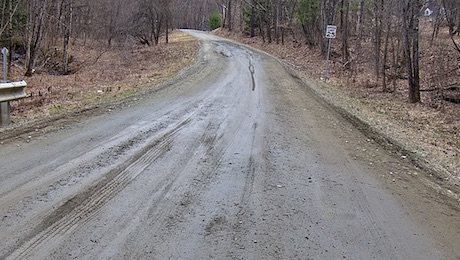 Towns have until 2021 to bring dirt roads up to the environmental standards targeted by the state.

The current plan by the state consists of about two years of planning and another 16 years of implementation, with the final goal to have Vermont dirt roads brought up to standard so water runoff won’t spread phosphorus.

“I don’t think it will achieve their goals and it adds to already stressed local government,” he added.

He noted that having the road foremen and commissioners attend extra meetings is not an efficient use of their time. He said if the state really wants to help in a meaningful way, they need to collaborate with towns on defining core problem areas rather than trying to redo huge portions of the state’s roughly 8,000 miles of dirt road.

“I can point to a couple of spots in our municipality where we have a lot of sediment going in and needs to be addressed in a big way,” Towbin said. “And that will give you more bang for the buck and the state is better equipped to do that then we are.”

He suggested a more efficient approach might be to add a 1 percent tax on municipal budgets and to keep local commissioners “out of it.”

“This is an example of public policy that’s politically expedient, doesn’t sold the problem and hurts the smaller players.”

The state considers water runoff from dirt roads to account for 6 percent of phosphorus in Lake Champlain. Towbin said there are probably other sources of phosphorus not getting adequate attention, such as lakeside communities which lack a centralized septic system, and big-box stores with huge impermeable parking lots.

Jim Ryan, of the Department of Environmental Conservation and the Storm Water Program, said a draft of the permit was put out in October, followed by a series of public meetings and 45-day public comment period.

“We’re going through the public comments now and developing a response to the summary, and we’ll be making some changes based on those comments and that will be coming out shortly after the new year,” he said.

Ryan said for the first two years of the process, the primary task for municipalities will be to do an inventory of their roads, documenting where any water connections are, such as streams and brooks.

“We need to establish what the baseline condition of the roads in each town,” he said. “Especially what we call connected roads, those close to water.”

He said that roughly half of all municipal roads in the state are considered hydrologically connected to some kind of water source.

The next big checkpoint is in 2021, when towns will be required to bring the roads up to the standards targeted by the state. They will have until 2037 to complete the process, so towns are encouraged to come up with a 16-year plan to spread out the work.

Ryan said a lot of towns have been taking advantage of grant funding. The Department of Environmental Conservation has a new grant and aid program for $2.4 million this fiscal year and $2.9 million the next. Also, VTrans has about $3 million in funds via the Better Roads Program. This is all in addition to other federal funds, transportation funds, and stormwater mitigation funds.

Currently, over 85 percent of Vermont communities have already adopted the new road standards voluntarily. Ryan said a lot of this work is things that communities should want for their roads anyway, such as improved crowning and ditches along roads.

“What we’re really talking about is drainage,” he said.

He said these efforts should help keep the water table low and inhibit the occurrence flash floods.

“I think having the road erosion inventory will help them establish a baseline condition of their roads,” he said. “And for improving the drainage of their roads.”

He said the whole thought behind Act 64 is that there is cooperation.

“There’s a lot of misconceptions out there,” he said. “As I said, the permit is not even in place yet and we’re hearing that towns are overburdened already but the permit hasn’t even been finalized yet.