A Republican-led proposal that would limit unions from collecting fees from private sector workers is on the move again in the New Hampshire Legislature.

On Thursday, the state Senate narrowly approved Senate Bill 61, which would update the state’s labor laws to give workers at private companies the “right to choose” whether to join unions and pay required collective bargaining dues.

The measure passed on 13-11 vote that went largely along party lines, with GOP Sen. Sharon Carson joining 10 Senate Democrats in opposition to the measure. 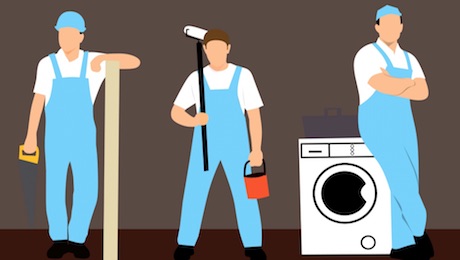 The move to pass right-to-work legislation is backed by Americans for Prosperity-New Hampshire, which it says will “protect worker freedom” and improve the state’s economic competitiveness.

The move is backed by Americans for Prosperity-New Hampshire, which it says will “protect worker freedom” and improve the state’s economic competitiveness.

“No one should have to fork over a portion of their paycheck and join a union as a condition of employment,” Greg Moore, the group’s state director. “Not only does this bill give Granite Staters more power over their paychecks, but it also strengthens our New Hampshire Advantage. As the only Right to Work state in the Northeast, our state would enable more businesses to expand or set up shop here.”

Democrats, who blocked a similar measure in the previous session when they were in control of the House and Senate, oppose the latest iteration of the proposal.

Senate Minority Leader Donna Soucy, D-Manchester, said right to work is a “flawed proposal” that would put the state in between private companies and the people they employ.

“Nobody is forced to join a union,” she said. “But what legislation would do is erode the relationship between the employer and employee, and basically force unions to have to pick up the responsibility for defecting members who don’t want to pay into the system.”

The court’s decision ended a provision in 21 other states that required public employees to pay what’s known as “fair share” fees as a condition of employment, even if they don’t want to be union members. The fees are meant to help offset the costs of bargaining and contract administration that benefit them.

But the ruling doesn’t affect private sector unions unless they represent workers in one of the 27 states that have right to work laws.

Similar versions of a right to work law championed by New Hampshire Republicans have been debated for years by the state Legislature but failed to pass.

The proposal now moves next to the House of Representatives, where Speaker Sherman Packard, R-Londonderry, has put its approval at the top of his legislative agenda.

Republican Gov. Chris Sununu, a longtime backer of right to work provisions, is expected to sign the measure if it reaches his desk.