MONTPELIER, Vt. — An amended bill passed out of the Senate Judiciary Committee this past week could pressure public and independent schools to decrease detentions, expulsions and disproportionate discipline of minorities in favor of community- and student-led remediation.

With the latest proposal of amendment to H.675, schools could be pressured to avoid applying necessary consequences on troubled students. On or before July 1, 2019, the Agency of Education will issue guidance to all school boards and approved independent schools for implementing “restorative justice” policies that “decrease the use of exclusionary discipline,” the measure states. 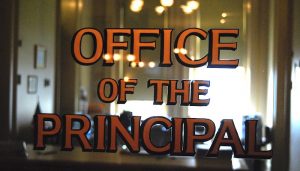 If lawmakers approve a newly amended version of H.675, public and independent schools in Vermont may adopt a “restorative justice” approach to student discipline starting with the 2020-2021 school year.

The guidance will also say schools must not issue disciplinary measures in a way that “targets students based on race, ethnicity, gender, family income level, sexual orientation, immigration status or disability status.”

According to a December 2017 Whole-School Restorative Approach Resource Guide from the Agency of Education, the principles of restorative justice encourage schools to eliminate disciplinary measures such as detentions, suspensions, expulsions and referrals to the juvenile justice system, and instead steer troubled students into group communication circles and school-based student courts or judiciary boards.

The changes could leave troubled kids in schools and classrooms to continue to disrupt or threaten the safety of their peers.

Not everyone is thrilled about the policy direction. Twinfield Union School Board Chair Patrick Healy said it can be a useful program, but it’s not for everyone.

“I would say it’s a good tool to have in your toolbox, but not the end-all,” he said. “The legislation needs to slow down and lawmakers just kind of think about what they are doing to the school boards in all of their bills.”

Healy helps maintain the Green Mountain Cemetery in Montpelier and he’s worked with inmates for three decades on this effort. He said based on that experience, in addition to seeing some restorative justice practices selectively tried currently at Twinfield, the strategy needs more vetting before it’s applied everywhere.

“Certainly violent behavior, endangering one’s self or others, would be an area where you have to consider that,” Moore told True North. “I don’t think restorative justice has much to do with dealing with violent behavior — safety is paramount.”

Moore said he’s checked with several of the schools concerning the amendment and no one seems too alarmed about the state encroaching on their disciplinary policies. “They all said they are using it now and they are very satisfied with the results,” he said.

Outside of the education sphere, “restorative justice” is a term that generally means persons who have committed crimes can — if they meet various criteria standards — opt to participate in a community panel or even go face-to-face with the victims to try to make amends. The practice in a school environment would adopt the same model, only using support groups comprised of school staff, students and parents.

Proponents argue the restorative approach relieves stress on an otherwise over-burdened criminal justice system. It may also enable perpetrators to avoid convictions on their record that could inhibit the ability to get a job or otherwise advance in society.

According to the amendment proposed by Sen. Dick Sears, D-Bennington, the Agency of Education will set restorative justice guidance for all schools to follow for all disciplinary matters. The agency also will establish a grant program to assist schools with the adoption and implementation of restorative justice principles for responding to school discipline problems.

According to Gloria Bruce, director of communications and marketing for the Lyndon Institute, an independent high school with about 600 students, the school is already applying restorative justice principals for boarding students and will apply them to other students next year.

“We will continue to both expand and enhance the program such that restorative justice practices are our primary approach when we consider how best to support students who are struggling with behavioral concerns,” she wrote in an email to True North.

Bruce added that for serious offenses, restorative justice may not be the best fit.

“That a school employs restorative justice practices does not mean that a student who has had a behavioral infraction does not incur a consequence,” she said. “However, it does mean that the consequence may not always be exclusionary in nature, as is often the case with detention and suspension.”

He explained that when humans lived in small hunter-gatherer units, the process of internal remediation was the standard, and it wasn’t until the advent of agricultural societies that larger groups required a code of laws.

Mazur’s comment echoes a statement from the Agency of Education Whole-School Restorative Approach Resource Guide: “The concepts, practices, and processes described in this publication are not new; they have been part of indigenous cultures the world over.”

But critics worry restorative justice lets kids off the hook and leaves teachers and fellow students vulnerable to continual disruption.

In a recent interview with the Brattleboro Reformer, Matthew Furnell, a restorative justice coordinator from the Greater Falls Community Justice Center, responded to critics of the disciplinary method.

“[Some worry that] you just kind of get on and you don’t have to do detention, you don’t have to be suspended, or you don’t have to go to jail, or pay a big fine,” he told the Reformer. “But actually standing up and facing your community is a really hard thing. Admitting accountability, saying I was wrong — I did something wrong — and then taking the steps to repair that harm can be a difficult thing, but once it’s done, it can be a very rewarding thing.”

The Agency of Education guide suggests that restorative justice disciplinary measures should be optional for all involved.

Senate lawmakers on Wednesday referred H.675 to the Committee on Appropriations.