Gene Leon is running as a Republican for the House Washington-4 district. In his campaign announcement, he said that the government in Montpelier has been “one-sided” and it’s time to change that.

“The representation of this district has been overwhelmingly one-sided for far too long and has not reflected the real issues and concerns of the majority of our residents,” Leon wrote.

In response to questions posed by True North, Leon offered his views on a variety of issues facing Vermonters this election. He also appeared in a debate earlier this month hosted by Orca Media and The Bridge. 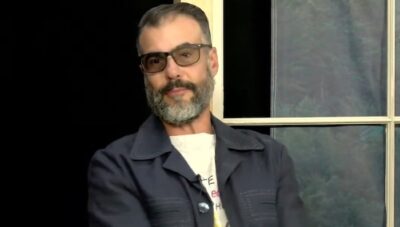 On the economy, Leon said that inflation must be the number one priority. He also intends to hold his opponents accountable on this issue.

“Other candidates are not making this a priority and are focusing on other issues that will waste taxpayers’ dollars,” he said.

On energy policy, he indicated that investments in green energy may not be good for the economy or the environment.

“Currently, rebates and incentives for green energy are not fully beneficial because the cost of panels, EVs, and energy-efficient home products are too expensive; the rebates are simply getting added to the price tags. There is much misleading information on this topic, pushed on the public by massive corporate institutions,” he said.

Leon talked about the overzealous COVID-19 regulations implemented beginning in 2020.

“For the contact tracing,” he said, “they had to report to the Department of Education from their school who they were with — that my friend is espionage. That to me is what communist countries do. You are sending children home with a paper to bring it back to see who they were with.”

On the issue of masking, he said he keeps a statement from Dr. Anthony Fauci on his phone.

“I have a recording that I keep on my phone saying that masks don’t do anything,” he said.

On vaccines, Leon said, “It’s an experimental drug and I’m surprised for it to even be on the table of our state’s medical department to determine if they are going to give it to our children. That’s insane, I highly doubt that they would [go through with that].”

Speaking on Article 22, a proposed constitutional amendment that would protect abortion up until the moment of birth, Leon said “it’s very unspecific and vague, whoever wrote it should be reported to the American Bar Association and  removed. He added: “It’s one of the worst pieces of legal writing that I’ve ever read.”

Leon is the only Republican running for the Washington-4 district. His Democrat opponents include Montpelier City Council member Conor Casey and U32 math teacher/business owner Kate McCann.

Also running for office in the district are Glennie Sewell, a progressive and English professor at Norwich University, and Dona Bate, an independent at a Montpelier City Council member.