A Blue Ribbon Panel on School Safety, organized by Los Angeles City Attorney Mike Feuer, cautioned that Los Angeles schools may not be meeting adequate safety measures, even though the city and state of California has tough gun laws, according to a report released Monday. 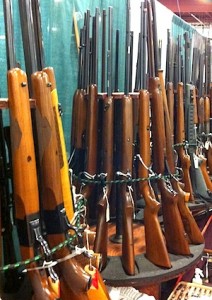 The panel was concerned that the Los Angeles Unified School District (LAUSD) struggled to meet safety measures due to not receiving enough funds to provide quality mental health services to students. California ranked the lowest in the amount of spending put toward each student, according to the report.

Other problems pointed out in the report included inconsistent school safety measures and inefficient collaboration between schools and public organizations.

The panel came up with 33 recommendations after holding several town hall meetings between April and June.

One recommendation was having single, secure entrances for each school as over 200 schools did not have secure and controllable entrances, according to the Los Angeles Times.

Another recommendation was not only hiring more mental health professionals, but also requiring schools to enforce social-emotional and pro-social programs for K-12 students. Twenty-six percent of the 8,000 students screened were at high risk for traumatic stress, the report found.

The panel also wanted LAUSD to require parents to sign standardized documents confirming they were safely storing guns at the start of the school year. Additionally, some panelists wanted to use “firearm tracing data and social-network analysis to monitor high-risk individuals,” in communities closest to schools to not have access to firearms, though some disagreed with this initiative, according to the report.

Random metal detection searches in the schools were also highly divisive with some believing the action was “dehumanizing” and “students of color were disproportionately searched,” while others felt the metal detecting services discouraged students from bringing weapons into schools, according to the report. The search policy was effective in deterring students from bringing in weapons, but did not help with the actual confiscation.

“Most often, weapons were recovered not through random searches, but when students came forward to present information to adults on campus,” the report said.

The school district plans to pilot a program in the fall, which would decrease daily random metal detection searches to 10 days per month for a limited number of schools.

The report was issued by a 21-member panel, who was gathered after the Marjory Stoneman Douglas High School shooting in Florida during February. Panelist qualifications included members and students of the LAUSD, law enforcement, business community representatives, social and mental health workers and activists who worked with groups like the LGBTQ community.

President Donald Trump encouraged school members to be trained and armed after the Parkland shooting, however, Feuer was not a big fan of the idea.

“There are too many guns too easily accessible to the wrong people,” Feuer said, according to the L.A. Times on March 5. “A teacher’s mission in life is to instruct rather than to fire weapons in a classroom.”

Feuer is seeking help from the private sector and government agencies to make ends meet financially for the recommendations.

LAUSD school board members passed a resolution for enforcing stricter gun laws along with school safety measures, according to the LA School Report on March 13.

California has some of the strictest gun laws in the nation, according to the resolution.