The federal government’s overall financial condition worsened by $4.5 trillion in 2018, according to an analysis from government financial watchdog Truth In Accounting (TIA).

With assets of $3.84 trillion, the federal government’s unfunded liabilities and debt totals $108.94 trillion, leaving a debt burden of $105 trillion. 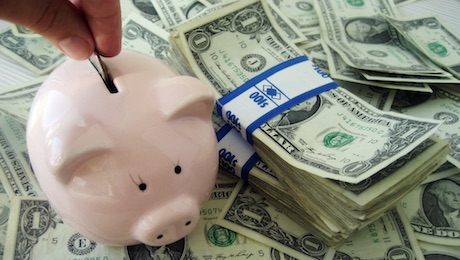 “The federal government’s financial position continued to deteriorate – and much faster than indicated by the government’s own ‘bottom-line,’” TIA’s Director of Research, Bill Bergman, said.

“Our elected officials have made repeated financial decisions that have left the federal government with a debt burden of $105 trillion, including unfunded Social Security and Medicare promises,” TIA states. “That equates to a $696,000 burden for every federal taxpayer.”

As a result, TIA gives the federal government an “F” grade for its financial outlook.

In its report, TIA clarifies that while the issue of a $779 billion national deficit is concerning, it doesn’t reflect the bigger picture.

“The overall decline in Net Position presents a better picture of the government’s financial decline,” the report states.

“The federal government’s financial position continued to deteriorate – and much faster than indicated by the government’s own ‘bottom-line,’” TIA’s Director of Research, Bill Bergman, said.

The report relies on data from the “Financial Report of the U.S. Government” for the fiscal year ending Sept. 30, 2018.

The annual report came out more than a month later this year than it did last year due to the effect of the government shutdown on the financial reporting process.

“Considering the shutdown furloughed ‘non-essential’ workers, the sad implication is that our federal government treats financial reporting as a non-essential responsibility,” Bergman said.

The growth rate in interest expense accelerated, while the government’s estimate of the “fiscal gap” – the amount of spending cuts and/or tax increases necessary to keep the debt/Gross Domestic Product ratio from rising in the future – doubled, TIA reports.

“Perhaps the most alarming feature of the government’s release of its annual financial report was the public reaction: deafening silence; zero coverage in the mainstream media,” Bergman said.

The fastest growing asset on the federal balance sheet is student loans, which now total $1.2 trillion and account for one-third of reported assets.

A report by OpenTheBooks.com found that the U.S. Department of Education (DOE) overpaid $11 billion in Pell grants and student loans over the past two fiscal years alone.

The 50 lowest performing junior and community colleges in the nation received $923.5 million in DOE student loans and grants, the report found. Of them, the 10 that received the most federal funding had a 12 percent graduation rate, on average.

Although the Treasury Department does not include unfunded Social Security and Medicare promises on the federal balance sheet, these liabilities are included in TIA’s analysis.

6 thoughts on “Report: Every American taxpayer would owe almost $700,000 to pay down worsening U.S. debt”