Residents of blue states pay higher property taxes than those in red states, according to a new analysis produced by the consumer financial website, WalletHub. 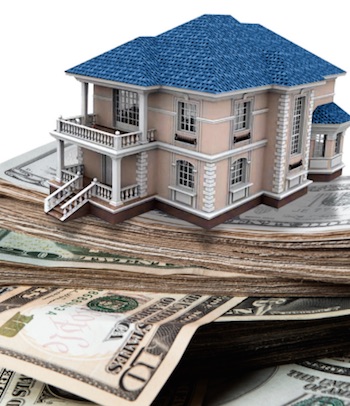 WalletHub’s 2019’s Property Taxes by State report compares home and vehicle taxes across the nation, features insights from experts, and is accompanied with videos.

“While only 27 states have vehicle property taxes, Americans spend more than $2,000 on average each year on property taxes for their homes,” Jill Gonzalez, a WalletHub analyst, said. “Among the states with the largest property tax loads we have New Jersey, Illinois and New Hampshire. At the opposite end, there’s Louisiana, Alabama and Hawaii, where the real estate tax rate is as low as 0.27 percent.”

“Depending on where you live, property taxes can be a small inconvenience or a major burden,” John Kiernan, senior writer and editor of the report, said. While 36 percent of renter households may appear to be immune from property taxes, Kiernan adds, “That couldn’t be further from the truth. We all pay property taxes, whether directly or indirectly, as they impact the rent we pay as well as the finances of state and local governments.”

Blake Bowler, assistant professor at the University of Florida, suggests that potential homebuyers should review the tax history of the property they are interested in purchasing. They should also forecast these taxes to estimate the total cost of home ownership in the future, he adds.

“Less experienced home buyers often fail to consider the direct implications of real estate taxes on their purchase,” Bowler says. “These home buyers, however, usually take out mortgages. In doing so, they will indirectly consider property taxes as their lender presents them with a monthly payment amount that includes an escrow payment for estimated property taxes.”

To determine real-estate property tax rates, WalletHub analysts divided the “median real-estate tax payment” by the “median home price” in each state. They then used that rate to obtain the dollar amount paid as real-estate tax on a house worth $193,500, which represents the median house value in 2017 according to Census data.

For vehicle property tax rates, analysts examined data for cities and counties that have at least 50 percent of their state’s population. This data was applied to the state level using weighted averages based on population size. For each state, analysts also assumed its residents owned the same vehicle: a Toyota Camry LE four-door sedan – 2018’s highest-selling car – valued at $24,350, as of February 2019.

Data used for the study came from the U.S. Census Bureau and each state’s Department of Motor Vehicles.

According to the National Tax Lien Association, more than $14 billion in property taxes go unpaid every year, WalletHub notes.