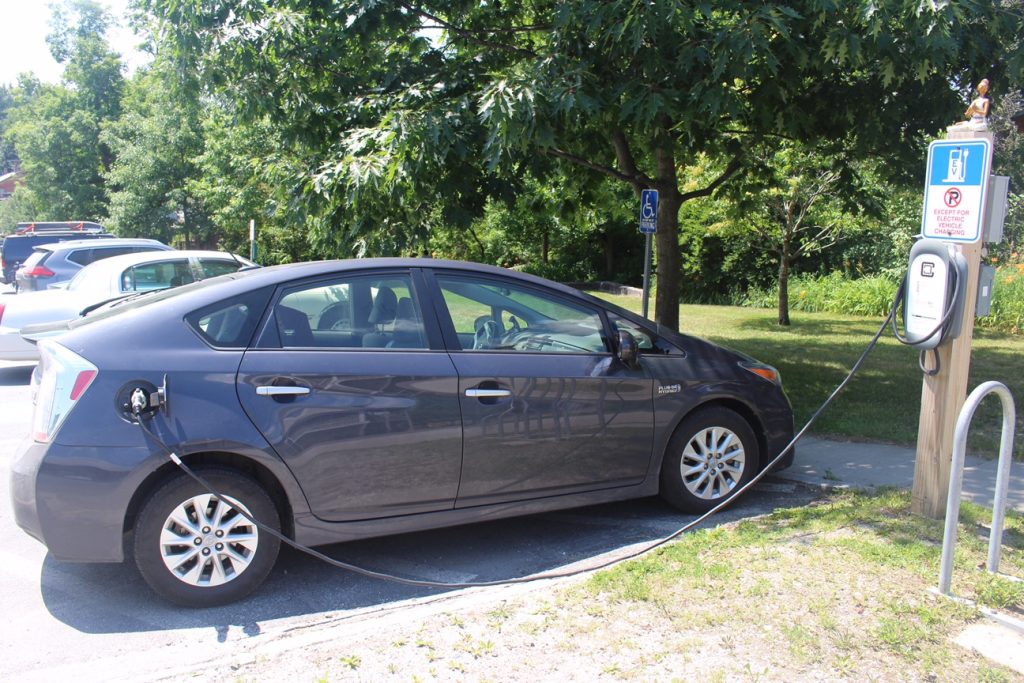 A RARE SIGHT: Charger stations for electric cars are still few and far between, but a bill proposed by Rep. Peter Welch, D-Vt., would extend subsidies to build more.

Last week at an electric car charging station in Burlington, Rep. Peter Welch, D-Vt, announced legislation to expand subsidies for the electric vehicle market. The federal program currently has a cap limiting the taxpayer dollars that may be used to incentivize EV purchases.

“Transportation is the single largest contributor to greenhouse emissions in the United States. It is urgent that we transition to cleaner, more efficient modes of transportation,” Welch said at the event.

“My legislation will make electric vehicles and their charging stations more affordable while saving Vermonters money at the gas pump and reducing their environmental footprint.”

While buyers of electric vehicles currently may receive a federal tax credit of up to $7,500 to offset the higher cost of the cars, automakers each have a cap that limits the offer to only 200,000 cars. Some automakers expect to hit that cap this year. 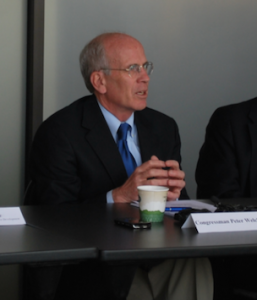 To free up even more taxpayer subsidies, Welch’s legislation, H.R. 6274, would eliminate the cap for 10 years and enable buyers to get the credit at the time of the purchase instead of having to wait until they filed their annual income tax return, as the law currently requires.

In attendance at the event was Dave Roberts, senior consultant for Drive Electric Vermont, a nonprofit advocacy organization formed by state agencies and the Vermont Energy Investment Corp. He told True North why he supports the proposed changes.

“We know that the upfront cost is one of the largest barriers to EV purchases for consumers, and so this is an important way to keep this market going until the costs come down enough that we hopefully no longer need these types of incentive programs,” he said.

Another piece of Welch’s initiative is to offer a tax credit to purchasers of vehicle charging stations in hopes of incentivizing the buildout of a charging infrastructure across the country. Roberts said that part entails a 30 percent credit on the installation cost for EV charging.

“Charging is another important barrier for people thinking about electric vehicles and for businesses that want to support them,” Roberts said. “We definitely need more charging in Vermont and other states.”

Regarding the bill’s intent to let buyers to obtain the tax credit at the time of purchase, Roberts said that was put in for lower-income people who don’t pay much in taxes, and therefore wouldn’t likely benefit from a tax credit. “Being eligible to apply at the point of sale is opening up the credit to a broader array of potential customers,” he said.

The news comes on the heels of an announcement from Tesla Motors last month that the EV manufacturer is laying off 9 percent of its workforce, about 3,600 workers.

Roberts said Tesla’s decision does not signal an overall negative trend for the EV industry.

“Tesla is a unique case, they are starting from scratch as the new automaker at the high end and they are working their way towards more mass-produced vehicles,” he said.

“They have quite a bit of pressure from investors that their company be profitable, and the cuts that they made seem to be part of a strategy that unfortunately a lot of businesses go through in terms of increasing profitability,” he added.

The assertion that electric vehicles are more “green” than their gasoline-engine counterparts has come under increasing doubt in recent years. Researchers who add up the CO2 and other emissions involved in producing the vehicles and delivering electricity to their giant batteries have found little environmental benefit, British daily newspaper The Times reported last month.

Tesla’s vehicles “may be behind the production of just as much greenhouse gas as their petrol and diesel equivalents,” the newspaper reported.

Roberts acknowledged controversies related to materials in the batteries, the energy and materials used to make the cars, and the dependence on electricity as power. However, he said an analysis by the Union of Concerned Scientists found that electric cars are a cleaner alternative.

“Even an EV running on coal is, according to UCS, cleaner than the average gasoline vehicle on the road,” Roberts said.

Marilyn Miller, executive director of the Vermont Vehicle and Automotive Distributors Association, also attended the event in Burlington. She said Welch’s bill is fitting for Vermont, which is actively backing electric modes of transportation.

“Vermont’s auto dealers have been national leaders in the promotion and sale of electric vehicles,” she said. “This legislation will help our dealers make electric vehicles an affordable option for more Vermonters, by reducing their upfront costs. We appreciate the leadership from Congressman Welch to support this growing market of clean and affordable transportation.”

Images courtesy of Michael Bielawski/TNR and U.S. House of Representatives