I will be running for re-election for one of the two seats of Bennington-4, the district including Arlington, Manchester, Sandgate and most of Sunderland. If I am so fortunate as to be re-elected, I may also be running for Speaker of the House for the January 2021 session.

The speaker is elected by a majority of representatives to run the legislative process of the House. The speaker influences membership of House committees, controls the flow of work through those committees and through the full House, presides over the sessions in the House chamber, and negotiates with the governor and Senate leadership over the final forms of bills that will pass into law.

I find that under current leadership in Montpelier politics and ideology sometimes dominate reality. Policies are formed based on pre-determined political promises and rhetoric, rather than developed out of an open examination of the facts and evidence surrounding a particular problem. 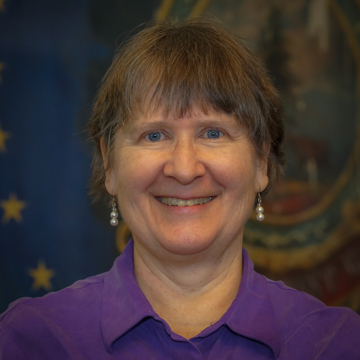 We elect people to positions of power through a political process of communication among candidates and voters. How well it works depends on the people participating. A political process that brings people together is more effective in solving problems and taking advantage of opportunities than divisiveness that drives people apart.

We should leave divisive election politics at the door of the state house, and work together to develop reality-based policies that will really work. Policies based on unrealistic promises, special interests, or maneuvering to make opponents look bad are unlikely to succeed in solving our problems. Good government based on both principles and pragmatism is always good politics.

These growing liabilities are taking more resources from both the budget and the capital bill, and limit the state’s ability to provide Vermonters with the services that they deserve. We must save these pension systems from any possibility of insolvency and protect taxpayers from undue burdens.

So many of these challenges have an economic dimension. As an economist I believe that as speaker I could make a contribution to the development of creative solutions that are grounded in reality and common sense. As an experienced legislator I believe that as speaker I could work with all the elected state representatives to operate the House openly, fairly, and firmly in service to Vermont.

But first I have to get re-elected. If you would like to contact me about legislative issues, if you would like to sign my petition to get on the ballot, or if you would like my Town Meeting Legislative Report, please email me at cbrowning@leg.state.vt.us or call me at 802-375-9019. My website is www.cynthiabrowning.com. I continue to hold legislative office hours the first Saturday of every month at Chauncey’s in Arlington from 8 to 9:30 a.m. and the second Saturday at Charlie’s Coffee House in Manchester at the same time. I hope to stop in at all four town meetings.

Images courtesy of Linda Joy Sullivan and state of Vermont

10 thoughts on “Rep. Cynthia Browning: I may be running for Speaker of the House”