A GOP primary race in the newly reshaped Orleans-4 House district will pit two GOP candidates against each other who otherwise would have advanced automatically to November’s general election under the prior district maps.

Vicki Strong is the incumbent state representative for Albany. However, following Gov. Phil Scott’s approval of the Legislature’s redrawn district maps in April, she must compete against John Courchaine, a fellow Republican, to keep her job.

“He [John Courchaine in Craftsbury] could be running with me for a two-seat district, but since it’s one seat now, we would be running against each other in the primary,” Strong told True North in a recent interview. “Whoever wins that goes on to run against Katherine Sims [also in Craftsbury] on the Democrat side.”

Strong has broad name recognition since she’s been in office since 2011. Courchaine is a political newcomer. One of their campaigns will end after Aug. 9 primary election, whereas before the redistricting process, both candidates could have appeared on the November ballot. 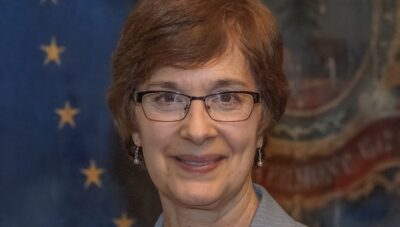 FACING A GOP CHALLENGER – Rep. Vicki Strong, R-Albany, will have a primary challenger largely due to the redistricting process that took place in Vermont over the past year.

When the state redraws all its state House and Senate maps each 10 years, the goal is to have its 150 representatives and 30 senators best aligned with changes in population.

Political observers note that there are winners and losers in this process. Strong commented on the new challenges this presents.

“It is more work — I’m not visibly campaigning in terms of signs yet, but I am getting out in the public and I’m very mindful that in the primary one of us will win or lose,” she said.

Being an incumbent has advantages for Strong. However, she said she wishes the two Republicans didn’t have to run against each other.

Paul Dame, chair of the Vermont GOP, said the shakeup in districts has his attention.

“Technically she has a primary, and that is a race that we are really watching,” he said. “That is a place that I do think the Democrats did some shenanigans on redistricting to disadvantage Republicans, because now you’ve got two [candidates] who used to be in a two-member district, but now one seat in a new one-seat district.” 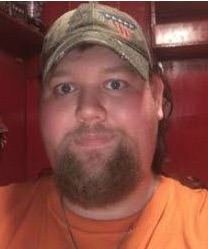 In addition to having a challenger, Strong may have also lost supporters who were moved into another district by the maps, Dame said.

“They cut out most of what we consider the more conservative part of that district. … She’s lost a good chunk of her base, and she’s got a primary now. Of all our incumbents, Vicki is probably one who is on my top list for protecting,” Dame added.

While having a big gap in experience, the two GOP candidates champion conservative values. For example, Courchaine’s Facebook page indicates that he’s a tough critic of green energy.

“Well truth is, if you support green energy that destroys our land, [and] still use fossil fuel while you preach no fossil fuel and don’t care that the democrats wanna force this into compliance through taxation, you’re not a true Republican,” Courchaine wrote. “I am not perfect — yes I have attitude towards RINOs and democrats but Republicans love me as I will never give up.”

Courchaine expressed strong support for gun rights on July 4, posting a meme on social media that states “the holiday you are celebrating only exists because people were armed.”

Strong spoke out against excessive mandates during the COVID-19-related shutdowns and restrictions of the past two years. She also says Vermont taxes and regulations are harming Vermonters.

“The amount of years that we’ve had the majority dictating to us what the priorities are has led to us being in a severe state of economic decline, as far as the cost of living keeps going up, our taxes keep going up, our healthcare gets less accessible,” she said. “Everything that we are looking at, our prosperity is declining not improved. States that have better tax policies and conservative outlooks on the economy are doing way better than we are.”