Voters in Braintree will face a slate of state Senate candidates entirely unfamiliar to them when they arrive to the polls on Tuesday, Nov. 8.

Because the state redrew Vermont’s legislative districts this year, the Orange County town now belongs to a Senate district based mostly in Washington County.

“This is definitely an interesting change for Braintree voters, and one that I think is still not widely known/understood,” said Braintree Selectboard Chair Megan O’Toole in an email. 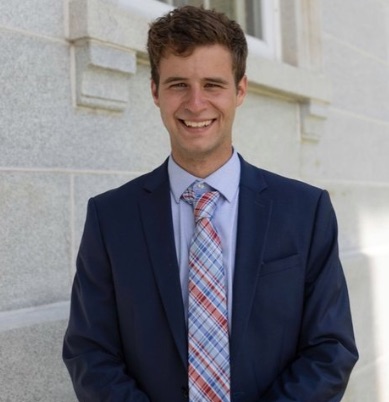 Paul Matthew Bean, a Republican from Northfield, said he’s running “because of the lack of economic opportunity for Vermonters.”

Six candidates are competing for the three seats that will represent Braintree as a part of the Washington Senatorial district. Two incumbents are running for re-election, leaving one seat to be hotly contested following the retirement of incumbent Sen. Anthony Pollina, P/D-Washington.

Incumbent Sen. Ann Cummings, a Democrat from Montpelier, is running for re-election this year. She has served the Washington district since 1997 and was the Senate’s majority leader from 2001 to 2003.

“To meet these challenges we need to work together. That’s what I like to do, bring people together to solve our mutual problems,” Cummings said. “I hope the people of Braintree will give me a chance to work with them.”

The Washington district’s other incumbent candidate is Andrew Perchlik, a Democrat and Progressive from Marshfield.

Perchlik has served in the Senate as a representative of the Washington district since 2018, including as vice chair of the education committee and clerk of the reapportionment committee.

Perchlik said his re-election campaign is about more than simply gaining votes.

“It is a campaign about getting elected, yes,” said Perchlik, “but it is also about how we discuss politics, engage in elections, and work together for our collective future.”

Perchlik’s political vision focuses on Vermont’s economic development, quality of life in the workplace and at home, strengthening the state’s transportation networks, and boosting public engagement in politics.

Montpelier Mayor Anne Watson, a Democrat, is a high school teacher, which she said informs her priorities.

“I’m running for Vermont State Senate because every day I work with high school students that are worried about climate change,” said Watson.

Watson said she is “passionate about decarbonizing Vermont’s economy” and wants to focus on marginalized populations when looking at climate issues. “They often have the fewest resources to transition away from fossil fuels.”

“I frequently hear from folks about how Vermont’s economic policies are just not working for them,” she said. “As mayor, I have been working on these issues, and we have actually been able to make progress in small ways, but we really need the support of the state to make progress on a larger scale.”

Paul Matthew Bean, a Republican from Northfield, touched on similar notes: He said he’s running “because of the lack of economic opportunity for Vermonters.

“Young people such as myself deserve to have an affordable, reasonable lifestyle in Vermont,” said Bean. “It’s becoming far more difficult here, and that’s unacceptable.”

Bean also wants to see Vermont generate all of its energy without relying on outside parties.

“Imagine a Vermont, powered by Vermont,” he said. “Free from the national power grid and free from the international oil supply.” He believes in reducing the taxpayer’s burden for clean energy while expanding the power sector to potentially include nuclear power.

Fellow Republican Dwayne Tucker from Barre Town highlighted how he’s been active in local business and politics for years in Washington, where he has lived his whole life.

“I’m a civil engineer, I have a small construction company and a roof gutter company and I’ve been involved in local politics for about 10 years,” he said.

Tucker said his priority is making Vermont more affordable. He said we should be “opening state borders’’ and reviving the state’s dairy and logging industries. He wants to lower taxes and move away from solar power.

Images courtesy of Public domain and Paul Bean for Vermont