Red states around the nation are rejecting supplemental federal unemployment benefits, saying the $300 in additional weekly pay on top of state benefits has made it nearly impossible for employers to hire.

On Monday, Florida’s Republican Gov. Ron DeSanis added The Sunshine State to the growing list of states that have officially decided to turn away COVID-era feral unemployment benefits, saying the total package of benefits has become so large that residents are not returning to work. 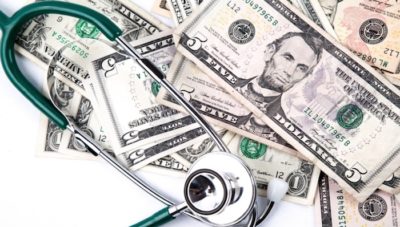 In many states, the federal benefits more than double the current state unemployment payments, putting the monthly total for individuals at a level comparable with working a full-time, minimum-wage job.

At least 23 Republican-led states — including Arizona, Georgia, Missouri, Montana, New Hampshire, Ohio and South Carolina — have announced they will stop accepting the benefits, citing growing unemployment despite job availabilities. Republicans have led the way on this issue, but difficulty hiring has been a bipartisan problem hitting states led by both parties.

A new report from the Colorado Restaurant Association found that 90% of restaurants in the Democrat-led state are having trouble hiring workers, just one example of the issues employers are dealing with around the nation.

In many states, the federal benefits more than double the current state unemployment payments, putting the monthly total for individuals at a level comparable with working a full-time, minimum-wage job.

For governors, this has created a problem.

“The jobs are there,” DeSantis said during a news conference Monday. “I’m confident, with almost half a million job openings, that people are going to be able to get a job and get back to work.”

Dealing with the spike in unemployment has become a higher priority as the latest economic data cast doubt on hopes for a post-COVID economic boom. The Bureau of Labor Statistics released data earlier this month showing unemployment spiked to 6.1% in April after the economy added only 266,000 new jobs that month, well short of the one million new jobs predicted by economists. On top of that, new unemployment filings have risen sharply during COVID-19 and remain elevated, despite widespread vaccinations.

The federal payments are set to expire in September but could be extended by Congress. Republicans on Capitol Hill have become increasingly outspoken about the additional benefits, saying that employers in their states argue hiring has become difficult.

A group of Republican U.S. senators introduced legislation earlier this month to end the payments.

“I hear from businesses small and large up and down Indiana that they can’t get workers back on the job, and a big reason is that the federal government is still paying folks to stay on the sidelines with an additional enhanced federal unemployment benefit,” U.S. Sen. Mike Braun, R-Ind., said. “The federal government is a poor replacement for an economy, and as every American adult is eligible for a vaccine if they want one, it’s time to get America back to work.”

“Across Montana, businesses are putting up ‘help wanted’ and ‘now hiring’ signs, and many are even being forced to close because they can’t find enough workers,” said Sen. Steve Daines, R-Mont. “Instead of keeping folks on the sidelines and giving people more money to stay home, we should incentivize getting back to work.”

“According to the Texas Workforce Commission, the number of job openings in Texas is almost identical to the number of Texans who are receiving unemployment benefits,” Abbott said. “That assessment does not include the voluminous jobs that typically are not listed, like construction and restaurant jobs. In fact, there are nearly 60 percent more jobs open (and listed) in Texas today than there was in February 2020, the month before the Pandemic hit Texas.”