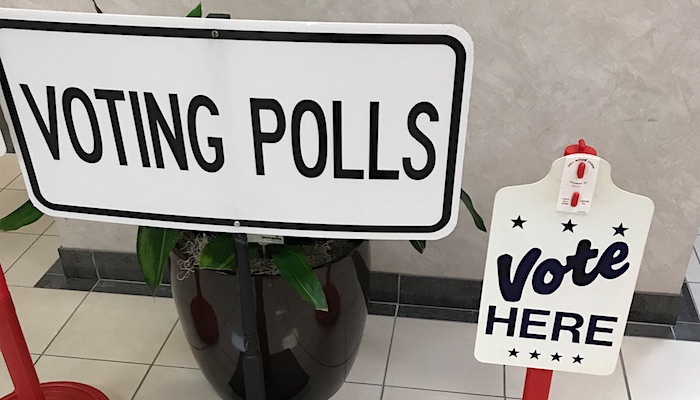 Progressives are floating yet another election reform: It’s called ranked-choice voting. This idea is so bad, even some dyed-in-the-wool liberals reject it.

In ranked-choice voting, voters don’t vote for the candidate they most want elected. Instead, they are supposed to rank all of the candidates, from top choice to last choice.

If no candidate wins a majority of top votes, the one with the fewest top votes gets dropped from the ballot, and the people who selected that candidate as their No. 1 automatically have their votes changed to their second choice.

The process is repeated until one of the candidates achieves a majority. It’s also called “instant runoff” and “single transferable vote,” or STV.

You can see a problem here, already. In the end, a voter’s ballot might wind up being cast for his or her second, third, or even fourth choice—a candidate the voter may actively dislike and never consider supporting. It rigs the system to allow candidates with marginal support to win elections.

And voters can’t get around this problem by refusing to rank candidates they don’t like. That can end up costing them their vote altogether. The technical name for this is “ballot exhaustion,” and it’s very real.

Some municipalities in California, Minnesota, and Washington state already use ranked-choice voting. Social scientists studying those elections have found that, in races with multiple candidates, many voters do not rank all of the candidates. In a race with five candidates, for example, voters may rank only two candidates and ignore the three candidates they don’t like.

This ballot exhaustion leads to the election of candidates who are not the first choice of a majority of voters. The only majority they’ve won is a majority of whatever votes were left in the final round of tabulation.

The 2010 mayor’s race in Oakland, California, took 10 rounds of vote tabulation to get a winner. The ultimate winner received less than a quarter of the first-round votes, yet managed to pile up a 1.9% margin of victory in the final round.

The Associated Press reports that front-runners in ranked-choice contests often wind up losing in later rounds because “a substantial number of voters either cannot or choose not to rank multiple candidates.” Many “opt to cast a vote for their top choice, neglecting to rank anyone else.”

In the electoral process used by many states, if no candidate in a general election wins a majority of the votes cast and plurality-victories aren’t allowed, the top two vote-getters compete in a runoff election several weeks later. This gives voters the time to reeducate themselves about the two finalists and make a final decision.

This process gives voters a greater opportunity to make an informed choice than with instant runoffs (i.e., ranked-choice voting). Runoff elections guarantee that the winner has a genuine mandate from a majority of the voters—a crucial factor in a democratic system that fosters domestic tranquility.

A bill just introduced in Congress, HR 4464, would force states to implement ranked-choice voting for all congressional elections. This would be an unwise, imprudent change.

Ranked-choice voting is a confusing, overly complicated gimmick — one that allows candidates with only marginal support to win elections. This is one reform that would actually make the electoral system worse.