Two Democratic challengers for a Chittenden County Senate seat are the top fundraisers among all 2020 Vermont Senate candidates.

According to Sept. 1 campaign finance reports sent to the secretary of state, former Burlington House member and unsuccessful 2016 lieutenant governor candidate Kesha Ram leads all candidates with $76,358 for the Vermont Senate race. Major donors include Thomas Leavitt of Waterbury ($1750) and Thom and Karen Lauzon of Barre ($1500 each). More than a third of her contributions come from out-of-state. To date Ram has spent more than $60,000, with about $6000 going to mass media. Other major expenses included printing, postage and staff. 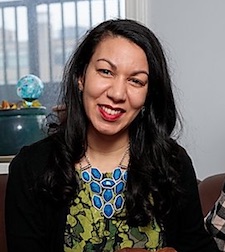 Ram is among the challengers who opted to run for a Chittenden Senate seat after incumbents Tim Ashe and Deb Ingram ran unsuccessfully for lieutenant governor. (Interesting family fact about Ram, according to Wikipedia, her Aunt Baroness Shreela Flather is a life peer in the British House of Lords. Another ancestor was a knighted Indian philanthropist.) Raised in Santa Monica, California, she earned a Masters in Public Administration from Harvard. Some of her out-of-state contributors also have Harvard connections.

Ranking second with $45,597 raised as of 9/1 is another Democrat and challenger from Vermont’s largest county, Thomas Chittenden (a descendent of first Vermont Gov. Thomas Chittenden, after whom the county is named) a UVM faculty member, lifelong county resident, South Burlington city councilor, and volunteer firefighter.

About a third of Ram’s contributions come from out-of-state, compared to about three percent of Chittenden’s. Of the other senate candidates with more than $10,000 in contributions, incumbent Alison Clarkson (D-Windsor) has received the most out-of-state money ($11,415). Incumbent Mike Sirotkin (D-Chittenden) has raised slightly more out-of-state than in-state. Some out-of-state donors are family members.

State law exempts candidates with less than $500 in donations from having to file campaign finance updates. Many of the “no report posted” candidates are either independents or major party candidates who joined the race after the August 11 primary (a wrinkle permitted by the 2020 election law). All candidates must submit final reports no later than Dec. 15.  “No funds raised” indicates that a report was filed showing no funds raised as of yet for the 2020 campaign.

Images courtesy of Flickr/401kcalculator.org and Kesha Ram for State Senate