It has been said S.261 creates initiatives for preventing and treating “toxic stress” from abuse and neglect, which, as pointed out in a recent VTDigger article, can have long-term consequences for children. 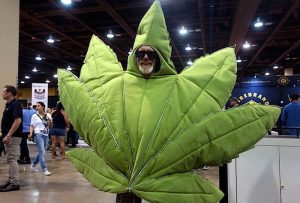 Vermont passed a marijuana legalization and possession law in 2018.

While laudable in the goals expressed, S.261 is just empty words when you consider where they are coming from. They are just another example of “official caring” by people living in a cloud, whose liberal policies in many instances are those that have caused the problems in the first place. If Vermont lawmakers truly cared, they would not pass laws legalizing drugs, as they did when they passed H.511, which was signed into law by Gov. Phil Scott.

In the VTDigger article, Democrat Sen. Ginny Lyons, in remarks from the Senate floor, said that toxic stress is “prolonged,” and that over time “can have an effect – especially on children – of changing the brain pathways” and altering behavior.” This is the same Senator who voted “yes” for S.22 to legalize marijuana for recreational use, clearly showing she favors creating a market where more children will have access to and use this psychoactive, addictive substance that assuredly changes “the brain pathways.” Official, but not real caring.

But then again, could I be wrong about these legislators? After all, they have devoted their lives to public service. Could it be that I have misjudged them, that they may be wise in ways I cannot comprehend and have powers beyond understanding? After all, they spoke and made marijuana a valid treatment for post-traumatic stress disorder. They were able to accomplish this even though psychiatrists say that treating PTSD with marijuana is contraindicated and can cause and make more violent the problem people already have. Should we not be thankful that they can change medical science and did? After they did that last year, and they recognized the miracle they performed by group speak, they wisely turned this to other diseases for marijuana to treat — so they declared that marijuana, like snake oil of old, can be used to treat any and all medical conditions and illnesses. If they can accomplish that just by stating it, why not at the same time speak and fix the stress factors and trauma that the world is inflicting on our children, as well? Why not do more and on a scale that will change the world in wonderful ways? No more problems and no more disease or illnesses.

How brilliant it was, for all they needed to do was to change the order of the numbers assigned to the bill, and “poof,” the magical curative powers of S.216 are now transferred to S.261. To make it happen in S.216, they just needed to say that any medical practitioner could declare what marijuana was good for and it would be so. In like manner, all it took to fix and treat childhood toxic stress was to create a “director” with a small amount of your tax money (only $118,000 per year), and we can let the miracles begin to fix the troubles plaguing our children that our liberal society has caused. At the same time this director was given the power to cure the opiate crisis as well. Isn’t it wonderful how the government can say it and it is fixed, and the world continues to become a better and better place for all?

I am so thankful that our lawmakers have taken the beliefs and aspirations of our founders and progressed them to where we are today. Progressive liberalism — what a wondrous worldview!

Now we can eliminate a lot of unnecessary worry and treatments for those with any conditions, and it is because of the life-giving words of senators like Dick Sears, the sponsor of S.216, and another wise Vermont senator, Joe Benning, who never ceases in showing us his wisdom. I am certain they both must realize how thankful we are for their birth and service to the people. They have done so much to Vermont and the world that if others listened to just them alone, so much more could be inflicted upon us. We could save the money paid out for a “rubber stamp” legislature and a RINO governor who lacks their supernatural powers, and who can’t get across the finish line without acting like a liberal donkey — taking a sharp left turn, and running over his base in order to please those he made promises to in return for things we are not told.

All we need are these wise men to tell us what is good for us, what to do and how to live, and they will pronounce the words to make it possible. These great men and women we call senators do not function under the human limitations that most of us do as we engage on the front lines of life, as we struggle daily, trying to properly raise our children and help our neighbors as we cling to our Bible and guns and try to set good examples. So much better when you can just say it and it is so. Glory hallelujahs! Praise be to these Vermont senators and Phil Scott!

Most realize that this op-ed was written tongue in cheek. But hopefully you will come away from reading this with the realization that Phil Scott and the liberal progressives in our government are not good for Vermont. It really is time to drain the swamp. Let’s put sanity and real caring back into our government. Unless good folks vote in large numbers and some decide to run for office, we are going to be toast soon.

4 thoughts on “Orleck: Progressive liberalism, what a wondrous worldview”