Editor’s note: This commentary is by Mark Heinrichs, of Barton, who is pastor of Sutton Freewill Baptist Church in Sutton.

I like to look around and see what different people think and say. H L Mencken was an American writer a hundred years ago — a satirist, chronicler of the Scopes “Monkey” trial, certainly no friend of Christianity or any religion. Here’s what he said about politics:

“The whole aim of practical politics is to keep the populace alarmed (and hence clamorous to be led to safety) by menacing it with an endless series of hobgoblins, all of them imaginary.” 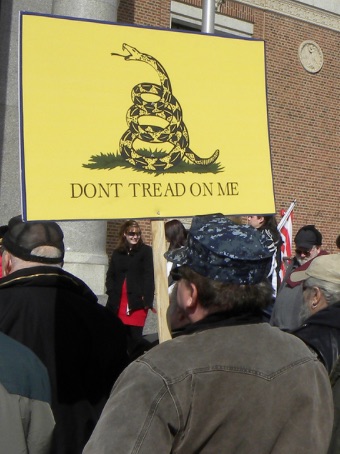 The deep fault with modern leftist politics is that it always involves us giving up our rights, money, power, free speech and thoughts to politicians who really, really want it. They don’t deserve that power and they won’t use it well.

Politicians like to win elections. If you are a new politician your chances of being elected are diminished if things are going well. Hence the need to alarm the voting public so that they are “clamoring,” needing (begging) to be rescued. Even the incumbent politician has a vested interest in having an “alarmed” voting public, clamoring for him or her to act.

From an ethical and moral perspective, political power is like a drug. When you are successful in politics it gives you power — power over other people, power to compel people to do what you want. When you have power, you want more. In a constitutional democratic republic like ours, a key responsibility of the voting public is to limit the power of politicians. People thrive in America because of freedom and opportunity where we are allowed to build our own lives based on good choices, lots of effort, good values and pursuing our own responsible self-interest. That freedom helps make our country viable generation to generation. The diametric opposite is a bloated and intrusive government.

Here’s an example of politicians trying to create clamor. There is a long and sorry history of unfulfilled predictions and gross exaggerations being peddled as “science” from global warming alarmists. A UN scientist/politician said in 1989 that entire nations would disappear by the year 2000 because of global warming. That this predicted calamity hasn’t happened should give us pause, heightening our caution about baseless claims.

Former U.S. Secretary of State John Kerry claimed that the Arctic would be ice free by 2013. Scientists said so, he claimed! Calamity, calamity! He forgot to mention that in 1958 two U.S. submarines (the Skate and the Nautilus) surfaced in open water at the North Pole in both summer and winter. It seems that every 10-15 years U.S. submarines are able to surface at the North Pole in open water. Wind and currents seem to be the cause as much as anything. The Arctic ocean loses about two-thirds of its ice in the summer regularly. And by the way, melting sea ice does not add appreciably to global sea levels, because it already displaces the water it floats in. Along the same lines, the prestigious science magazine Nature had to retract an article it published a year ago that claimed the warming of the oceans was accelerating alarmingly. They got the data wrong.

Let’s distinguish between appropriate concern for the environment and global warming alarmism. Think about it this way — we should also be concerned about politicians using global warming alarmism as a device to gain unrestricted political power over us. These politicians want us to hand over control of our entire political and economic future so they can run things. They want us to be “alarmed and clamorous to be rescued.” How about “no” as our answer.

HL Mencken also said, “The urge to save humanity is almost always only a false-face for the urge to rule it.”

I say to my independent/libertarian friends, we have much in common because we want citizens to control their own destiny. By getting rid of useless regulations, curtailing the power of the federal bureaucracy and holding bureaucrats accountable, decreasing unemployment across the board, increasing opportunity and personal income for the middle-class, and simplifying and lowering federal taxes, President Donald Trump is peeling back the power of government over the individual voter. By the way, did you know that the Pentagon has undergone its first external audit ever at the request of President Trump?

The deep fault with modern leftist politics is that it always involves us giving up our rights, money, power, free speech and thoughts to politicians who really, really want it. They don’t deserve that power and they won’t use it well. What they don’t tell you is the patronizing contempt they feel towards regular people like you and me. Independents, libertarians and conservatives have much to gain by working together and much to lose if we don’t.

Vote Trump for president in November of 2020. Help him continue to reduce the footprint of government on our lives. Help realign Vermont’s elected state government to a more independent/libertarian/conservative posture. Less government, less regulation means happier, more productive people able to realize and fulfill their dreams and aspirations. The adult voting public of Vermont has the duty and responsibility to limit the power of politicians.

One thought on “Mark Heinrichs: Practical politics for conservatives, independents and libertarians”