This article by Patricia LeBoeuf originally appeared May 28 in the Bennington Banner.

POWNAL — The Select Board is expected to consider implementing a junk ordinance, part of a renewed effort to clean up the community.

At its [May 23] meeting, the board heard from Town Administrator Michael Walker, who drafted the ordinance. 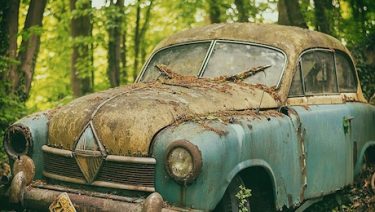 “We’ve been getting an awful lot of people coming in complaining about junk, trash,” he said. “They key to this is you have to have the enforcement. Just having the ordinance, in and of itself, doesn’t do anything.”

Walker told the board the town will post for a zoning administrator, as the current term expires this summer.

Nelson Brownell, who was elected to the Bennington, Pownal/Woodford House district seat in November, currently holds the position; he is allowed to re-apply.

The zoning administrator would enforce a junk ordinance, if one is put in place, Walker said.