Newly released polling data shows that most Americans are not happy with President Joe Biden’s handling of Russia and the economy. 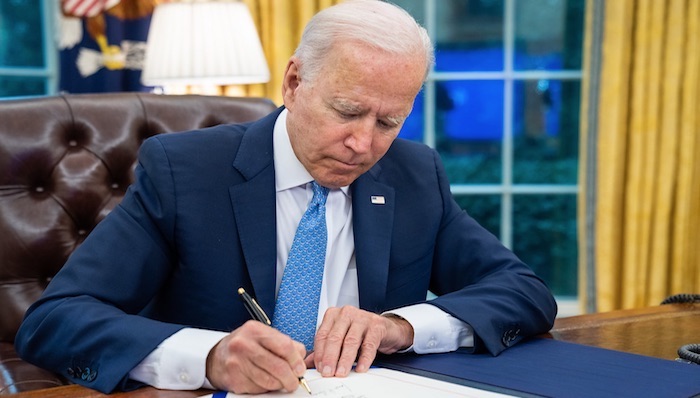 The data comes amid rising inflation and economic difficulties alongside increased Russian aggression toward Ukraine, including Russian President Vladimir Putin’s deployment of troops into eastern Ukraine. Biden has taken criticism for his handling of the crisis.

“And now Biden’s corruption issues have helped lead to one of the most dangerous confrontations with Russia in 60 years,” said Tom Fitton, president of Judicial Watch.

“Biden’s overall job approval has shown no meaningful improvement since last fall when it declined after the U.S. withdrawal from Afghanistan,” Gallup said. “High inflation and the continuing coronavirus pandemic are likely two factors keeping Biden’s approval rating down.”

Biden’s approval on a range of issues has declined significantly since he took office.

“The trends in approval of Biden’s handling of specific issues follow the same trajectory as the trend in his overall approval rating,” Gallup said. “The issue approval ratings were above the majority level early in his presidency, showed a significant drop in the summer of 2021, and dropped further in the fall. Americans’ approval of Biden for handling the coronavirus situation has consistently been his best among these issues, averaging eight percentage points higher than his foreign affairs and economic approval ratings.”

Biden’s approval has dropped even among Democrats but most significantly among Independent voters.

“Biden’s overall job approval among his fellow Democrats continues to hold near 80% after being consistently above 90% early in his term. In the latest survey, 79% of Democrats approve,” Gallup said. “Over the course of his presidency, Biden’s job ratings have fallen the most among independents, among whom 35% currently approve, compared with ratings in the high 50s to low 60s in his initial months as president.”

9 thoughts on “Poll: Voters unhappy with Biden’s work on Russia, the economy”