With inflation still lingering at record highs, New Hampshire residents are increasingly worried about their personal financial outlook, according to a new poll.

The University of New Hampshire Survey Center poll found that 61% of those who responded believe their household is worse off financially than a year ago, compared to 30% who said their finances are roughly the same. 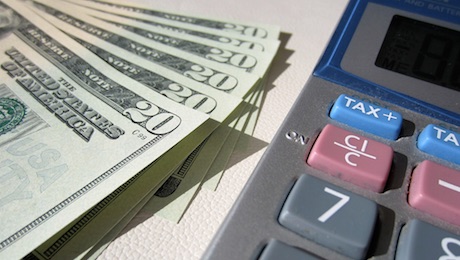 The University of New Hampshire Survey Center poll found that 61% of those who responded believe their household is worse off financially than a year ago, compared to 30% who said their finances are roughly the same.

There are also divisions along party lines with 81% of Republicans reporting a negative financial outlook about the coming year, compared to 40% of Democrats.

But pollsters found the proportion of Democrats who feel their household is worse off than a year ago is at its highest point of President Joe Biden’s tenure in office.

Inflation, rising energy costs and other pocketbook issues were on voters minds during the recent midterm elections in New Hampshire, but it’s not clear whether those concerns tipped the outcome towards either major political party.

New Hampshire voters largely split the Nov. 8 ballot by reelecting several Democratic members of Congress — including Sen. Maggie Hassan — amid GOP challenges but sending the state’s Republican Gov. Chris Sununu back to the statehouse for a fourth term.

Meanwhile, Granite Staters are also concerned about the financial viability of businesses in the state, with only 17% saying they believe businesses will see good times next year, according to the UNH poll.

The poll found divisions along party lines with 42% of Republicans saying they expect bad business conditions in the state over the next 12 months while only 29% of Democrats felt that way.

“The high cost of energy, especially for heating fuel this winter, is stressing business owners and residents,” said Michael Skelton, president and CEO of the Business & Industry Association.

Skelton said while there are “no easy or immediate fixes consumer confidence can be boosted by government leaders working together to find some short term relief and, most importantly, longer-term solutions to bring down the cost of energy in New Hampshire.”

Pollsters found that Granite Staters are even more pessimistic about the national economy, with only 12% saying they believe the outlook will improve over the next year.