Last August, the Scott administration agreed to cover the $759,000 of federal family planning funding “lost” by Planned Parenthood when Vermont’s leading abortion provider refused to stop providing abortions — a condition of receiving the Title X grant enforced by the Trump administration. Vermont Daily asked Scott administration and legislative sources to tell who had made that decision and whether there was a paper trail. The only replies were “I don’t know” or no reply at all. 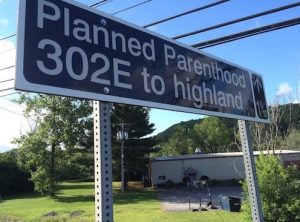 The State of Vermont now charges for staff time and equipment needed to research and convey public information. Vermont Daily in early December made its first and so far only public records request: “Please give me 2019 public records on State of Vermont funding of Planned Parenthood to replace federal Title X funding lost under Trump administration decision this year.” Feb. 3 Vermont Daily received this emailed response from Attorney General TJ Donovan’s Chief of Staff, Charity Clark: “Based on our searches, there are potentially over 100 responsive records, not counting attachments to emails. Using the Uniform Fee Schedule created by the Vermont Secretary of State, and subtracting 30 minutes of time as free, the cost estimate for responding to these records is $188.80. The check was sent promptly and cashed Feb. 21. To date no information has been received.

The following was published on the Klar 2020 campaign website yesterday:

Gubernatorial candidate John Klar has paid $3,244.28 to the Vermont Attorney General’s Office to view correspondence between that Office and Planned Parenthood during crucial legislative wrangling over the passage of Vermont’s notorious abortion law, H57. Also requested are documents relating to Proposal 5, a Constitutional amendment to protect abortion procedures up until birth in Vermont.

Klar, an attorney, was originally quoted a fee of $7,232.33 to view the records, but amended his Nov. 18 request to shorten the requested time frame and reduce costs. AG Donovan has defended the high fees charged by his office for copy requests, arguing he has a duty to save taxpayers money. Klar asserts taxpayers have a right to know whether important elected officials violate ethics or campaign finance laws in close relationships with powerful Political Action Committees like Planned Parenthood’s.

Klar raised $2,383.00 of the copy fees through a gofundme effort; the balance of $861.28 was provided by Vermont Right to Life, a pro-life organization that also wishes to examine the requested records.

Klar argues that paying large sums for a “Public Records Request” is a travesty that mocks the very title under which he asked for these documents: “If they are public records, how many times must the public pay for them in order to see them? AG Donovan argues that he is saving taxpayers money, by charging taxpayers money. In actuality, he is charging fees to prevent voters from obtaining the government transparency that Public Records Request laws were designed to provide. Mr. Donovan is much too cozy with Planned Parenthood — an Attorney General should be impartial on important public policy issues, not openly advocating for one side, as AG Donovan has so brazenly done. We will see what we discover.”

9 thoughts on “Planned Parenthood in Vermont under public records scrutiny”