Edmunds Elementary School in Burlington, so reports WPTZ, has decided to cancel its annual Halloween parade. Sadly, I doubt anybody is surprised by this. The letter sent home to parents alerting them to the cancelation read, “After serious consideration the faculty of EES has decided that in recognition of BSD’s [Burlington School District] standard, that ‘All Are Welcome’, we will be having a Harvest Celebration at the end of the month.”

So, “all are welcome”… except those who want to celebrate Halloween. Screw those jerks! How did the faculty conclude that a Harvest Festival with all that kale wasn’t offensive to anyone? But I digress. 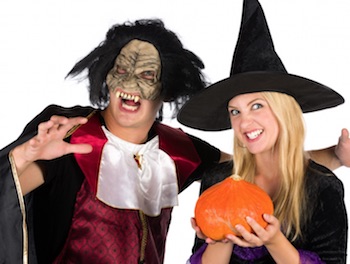 Scary is the overarching theme of Halloween. Axes, buried heads, eyeballs dangling from empty sockets, rotting flesh. But, no scary costumes, says the school that probably has no problem teaching these same children that they’re all going to die in 11 years in a fiery, famine filled, mass extinction.

For those who want to get into the Halloween spirit informally, the school district provided an extensive list of guidelines, and here are some highlights:

“One of the most important mandates is that costumes shall not be demeaning to any person or group based on age, disability, ethnicity, gender, gender identity, nationality, race, religion, sex, sexual orientation, or to any individual staff or student at the school. Costumes should be respectful and culturally sensitive, (e.g., students should not wear religious articles such as a hijab, turban, yarmulke, kimono, that could be viewed as culturally insensitive or as contributing to cultural appropriation).”

I mean, good grief. This idiotic concept of “cultural appropriation” has got to go away. The entire purpose of putting on a costume is to “appropriate” another identity and, by doing so, learn something about that identity as well as yourself. Yes, don’t engage in mean-spirited stereotyping, but to condemn as racist or somehow culturally insensitive a little boy who happens to be white and wants to be a ninja or LeBron James for a night is absolutely asinine. The person offended by this kind of costume is the one with the problem, not the kid.

Also, “no weapons of any type may be part of a costume.”

Hmm… I wonder if superpowers are considered weapons under this guideline? Just spitballin’, Aquaman.

And also, “costumes should not include blood or imply any type of violence.”

Oh, come on now! Scary is the overarching theme of Halloween. Axes, buried heads, eyeballs dangling from empty sockets, rotting flesh. But, no scary costumes, says the school that probably has no problem teaching these same children that they’re all going to die in 11 years in a fiery, famine filled, mass extinction if David Blittersdorf doesn’t get a taxpayer funded subsidy for his seven mile train project between Barre and Montpelier.

And in conclusion, “but in reality, no school should be holding an event in which all students cannot participate because of religious or cultural beliefs.”

Really! Like LGBTQ themed classes and events that conflict with the religious beliefs of Christian or Muslim students? What about anti-Second Amendment events offensive to Vermont’s long standing hunting culture?

Once again, this is just another case in point for giving comprehensive school choice to all children in Vermont. If you don’t want your kid exposed to someone dressed up as a zombie with human brains dripping from its teeth, fine. Pick a school that doesn’t celebrate the holiday. If you’re cool with Halloween, but don’t think celebrating it should intrude on classroom time, I can respect that. There should be a choice for you too. And, if you think that Halloween is a joyous time that makes for some of the most precious childhood memories and you want your school to have a role in fostering those experiences, there should be a choice for you too.

We may not all be able to agree on the best way for a school to handle Halloween, but we can agree on this: a one-size-fits-all system fails the majority of the kids and families stuck inside it.