MONTPELIER — Advocates warn that hundreds could be left homeless and social service groups further strained after the state’s decision to end a pandemic program to help with rent.

“Our work just quadrupled overnight,” said Sue Minter, executive director of Capstone Community Action in Barre. “We had no anticipation or understanding of this. … People were calling enraged and in crisis. We didn’t have answers because we didn’t know.” 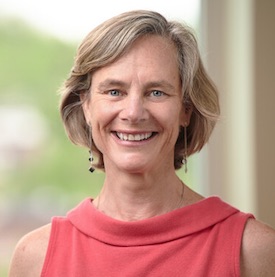 Nearly 500 households in Washington County will lose their support immediately Oct. 1 when the Vermont Rental Assistance Program (VERAP) begins winding down. And close to 1,350 households will see their assistance reduced, depending on income, during the coming months. The program also stops taking applications Oct. 1, and some recipients will stop seeing rent aid entirely by Nov. 30. Utility assistance will end Dec. 31.

Minter, whose agency works with people experiencing homelessness, said there is “no other option” for individuals and families who will lose the assistance. “We’re going to advocate for making sure we don’t just end this program,” she said.

The program came about as one of many state relief programs during the onset of the COVID-19 pandemic. The goal was to help Vermont residents who are struggling financially by supplying funds for rent, missed bills and utility payments. Those who qualified for the program are among the most vulnerable folks in the state, either being unemployed or on the brink of homelessness. Recipients would have been supported for up to 18 months, the state said.

Because of funds recently drummed up, some folks may still receive help into 2023. But state officials say the program, which is federally funded, still needs to ramp down.

The biggest concern on the minds of community groups is seeing more Vermonters become part of the state’s already prominent housing crisis.

“One out of every 100 people in Washington County is homeless,” said Rick DeAngelis, co-executive director of Good Samaritan Haven, a homeless shelter in Barre.

The sudden shuttering of the program shocked recipients and the organizations working with people in precarious situations like them. Community leaders are scrambling to play catch-up.

Kathi Partlow, housing and community development manager at the Family Center of Washington County, worries agencies like hers don’t have enough funds to keep up with the ramp down of the program.

“There was a lot of money in VERAP, and we don’t have that amount of money to stand up a similar program to plug in and be that support,” Partlow said.

She added: “Those folks are going to be really disadvantaged without a lot of places to go.”

And DeAngelis and Partlow said the problem is bigger than the sunsetting state program: A lot of Vermonters can’t find housing they can afford, and organizations have a hard time matching people with housing that meets their financial status.

Community groups want state officials to understand the gravity of the housing crisis and how the shortened lifespan of the rental assistance program exacerbates the problem.

“Let’s do what we can to extend this program because we can’t have any more people out on the streets,” DeAngelis said.

Minter called the move a loss of progress: “From where I sit, it doesn’t feel right to say we’re going to go back to the way it was because the way it was is not a moral stance — to allow people unhoused.”

Amid the uncertainty, advocates are sure of one thing: Recipients feel sidelined.

“What happens now is people, who thought they had 18 months, feel that their promise was broken, and are now in quite a crisis,” Minter said.