The pandemic and its emergency measures have created winners and losers in Vermont and nationwide, state economist Tom Kavet reported to the Vermont Legislature Thursday.

“It’s not a picture of everything up, everything down,” Kavet said during his keynote address in an economic update for all legislators.  He noted that federal stimulus deficit spending exceeding the national spending on World War II (adjusted for inflation) is driving the economy – not underlying economic strength. This spending also has created “disparate winners and losers,” Kavet said.

Winners include the following:

Owners of stocks and bonds in the surging stock market – thanks in large part to stimulus from federal emergency spending, he said. Internet, tech and e-commerce companies also have fared well, as quarantine and emergency measures have altered longstanding shopping habits. 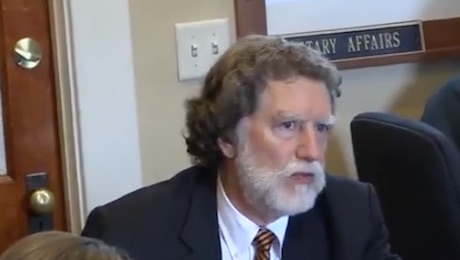 Non-urban residential construction and sales and short-term vacation rentals are up, Kavet said. Many observers credit the urban exodus facilitated by remote employment and dissatisfaction related to the pandemic and social unrest.

Kavet also noted that the savings rate is the highest since 1959. “A fair amount of money did land in pockets that didn’t immediately need the money,” Kavet said.

Airlines and the tourist/hospitality industry, due to consumer concerns and travel restrictions.

Transportation and fuel producers, as travel restrictions and consumer concerns keep people at home. “That whole sector has been hammered,” Kavet said.

Women with service jobs and dependent children at home. Childcare, always a challenge, has proven harder to access, even as children must spend more time at home in remote learning.

Anyone with a slow internet connection – students and remote workers especially.

Small businesses for whom federal stimulus funding was not available or made no sense. “There were many firms who were in great need for whom it did not make sense to do PPE (paycheck protection),” Kavet said. On the other hand some recipients did not have a great need. “It’s a waste when given to people who don’t need it.”

The distribution of the $1,200 checks to almost every citizen was “a very unfocused distribution of money,” Some people didn’t need it and either banked it or bought a new car, while some very needy people clearly benefited, Kavet said.