By Amanda Snell and Anthony B. Kim | The Daily Signal

Most people agree that women deserve the chance to advance up the economic latter. The real question is, how can that be achieved?

What many don’t realize is that women’s advancement doesn’t require gender quotas or affirmative action. What’s needed, above all, is free market policies that allow women to make their own choices.

Ivanka Trump understands that as few do. Last month, she tweeted out her support for the Women’s Entrepreneurship and Economic Empowerment Act, a bill that emphasizes that a woman’s economic power has positive implications for both her family and her personal fulfillment.

Big progress on The Women’s Entrepreneurship & Economic Empowerment Act.
Thank you @SenBobCorker @JohnBoozman @ChrisCoons @SenatorCardin for moving the #WEEEAct to markup in the #SFRC. This bill advances gender equity globally + we are working closely w/ Congress on its passage!

Not surprisingly, empowering women with greater economic choice and control is really about advancing their economic freedom.

Countries that implement free market policies essentially enable women to make their own decisions. Because economic freedom creates greater opportunities for entrepreneurship, there are also more and better jobs for women available in free economies than in less-free economies.

As shown in the accompanying chart, there is also a striking relationship between economic freedom and gender equality. 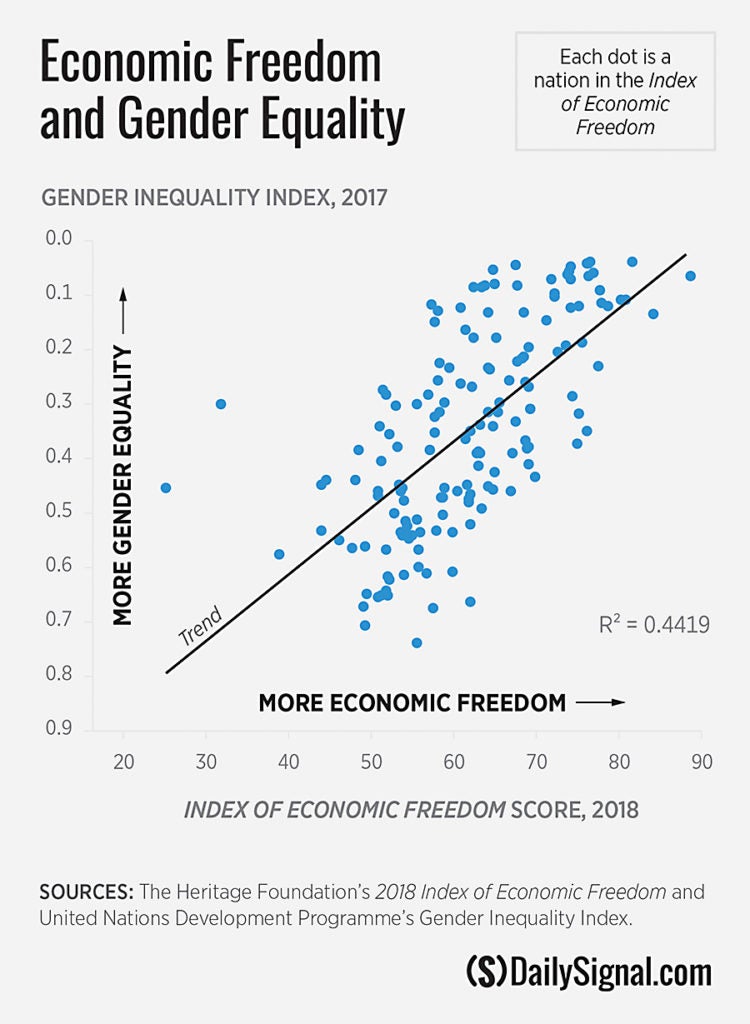 The strongly positive relationship between economic freedom, prosperity, and gender equality highlights the importance of empowering men and women alike with the freedom to improve their lives through greater opportunities to work, produce, save, and invest.

As shown by the chart below, nations across different regions with higher scores in The Heritage Foundation’s 2018 Index of Economic Freedom enjoy higher gross domestic product per capita. 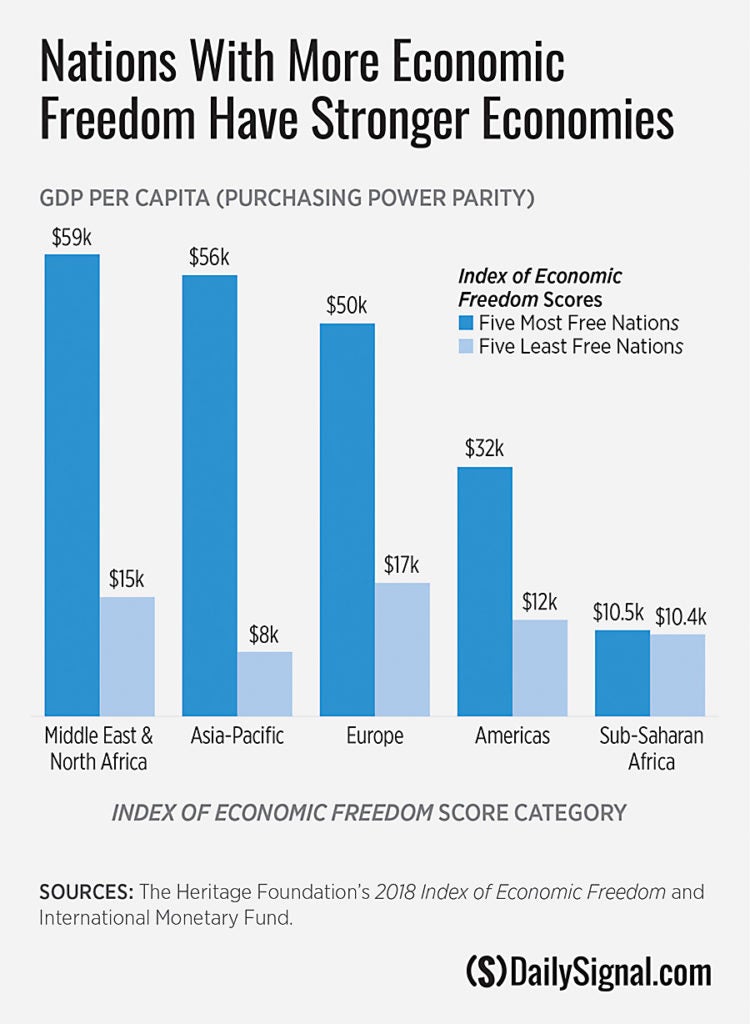 But the benefits of economic freedom extend as well to better health, education, and protection of the environment.

For example, the World Economic Forum reports that women in 18 countries, including Bahrain, Iran, Sudan, and United Arab Emirates, still have to obtain permission from their spouses to pursue employment.

Furthermore, the World Bank reports that in 81 countries it is permissible by law for creditors to discriminate “on the basis of sex or gender.” That includes most low-, lower-middle-, and upper-middle-income countries, where the gender gap in capital access is holding back potential economic progress.

Terry Miller, director of The Heritage Foundation’s Center for International Trade and Economics and a former ambassador, once spoke on the importance of women’s liberty at the United Nations’ Commission on the Status of Women:

There is no magic formula, and certainly no one answer that will be right for everyone. But I think we could go a long way toward success if we focus our attention on the needs of the individual woman and look for policies and reforms that will liberate her, empower her, and increase her economic opportunities and economic choices.

Ensuring and spreading economic freedom for women is the best way to empower them and to propel an economy forward.