Canada, following precedent set by the European Union, is poised to join a growing list of places where single-use plastic items have been banned. Though the government hasn’t specified which items will actually be outlawed in 2021, according to The Guardian, “bottles, plastic bags, and straws” are being considered. 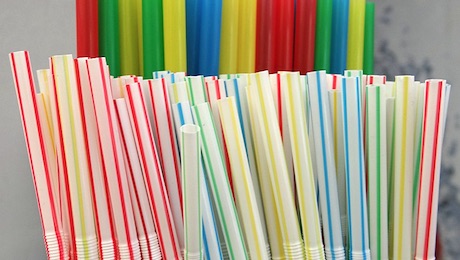 The straw ban, which started in Seattle and has moved on to other cities, has largely been fueled by an informal survey by a 9-year-old activist and the mistaken notion the U.S. is causing plastic buildup in the oceans.

Plastic bag bans have come to California and New York, and to a number of cities in the United States. The bans are typically aimed at grocery stores and other businesses that give out the bags to customers to carry out purchased items.

The bag bans are billed as a means to reduce waste and pollution by forcing Americans to bring reusable bags to stores.

However, it turns out that not only are those bans an inconvenience, they also have questionable positive benefits for the environment — and may actually be making things worse.

In areas with the shopping bag bans, there was a huge upsurge in the purchase of 4-gallon bags. These bags are typically thicker than the thin plastic shopping bags and use more plastic.

“What I found was that sales of garbage bags actually skyrocketed after plastic grocery bags were banned,” Taylor said in an interview with National Public Radio. “ … so, about 30% of the plastic that was eliminated by the ban comes back in the form of thicker garbage bags.”

In addition, a plastic bag ban causes a jump in the use of paper bags — creating, according to the study, about 80 million pounds of additional paper bag trash a year.

That may seem like a reasonable trade-off. After all, paper bags are biodegradable, right?

Yes, but the process of manufacturing those bags is still quite intensive, and there’s evidence that paper bags are actually worse for the environment, according to some studies.

Not surprisingly, some big-government nannies want to ban, or at least curtail, the use of paper bags also, for good measure.

As for the environmentally-friendly reusable bags, studies have found that they create few “green” benefits. Worse, they are often highly unsanitary.

Plastic bags are, of course, not the only plastic items that cities are trying to do away with. An even less useful crusade, this one against plastic straws, has been gaining steam as well.

The straw ban, which started in Seattle and has moved on to other cities, has largely been fueled by an informal survey by a 9-year-old activist and the mistaken notion the U.S. is causing plastic buildup in the oceans.

Again, the ban is ineffective or useless at best. It ends up being little more than an inconvenience for those who now have to suffer through soggy, melting paper straws that taste like a used paper towel halfway through a drink.

There are certainly worse laws and petty tyrannies to suffer under than bans on plastic bags. Nevertheless, it’s ironic that a progressive “utopia” such as San Francisco is waging war on plastic grocery bags, with a total ban looming in the near future, even as it is literally covered in trash, hypodermic needles, and human waste.

That said, Americans live in a wealthy society, in which we have the luxury of making economic sacrifices to improve our environment. Local polities are free to eliminate plastic bags and straws—or other such things—as they see fit.

However, it’s telling that so many of these movements are based on little more than environmentalist virtue-signaling, and create additional hassles, rather than effective measures to make our communities better or cleaner.

4 thoughts on “Opinion: Why bans on plastic bags and straws are annoying and overrated”