Put bluntly, understanding the basics of the Constitution and ensuring that our government adheres to it is in our own best interest. The Constitution — the document that governs our government — protects our very way of life and ensures the freedoms we enjoy. Without it, the government has the capability of running roughshod over our rights.

Despite the fact that the Constitution and its accompanying Bill of Rights protect our most basic freedoms, these documents and the founding principles they embody are under increasing attack. 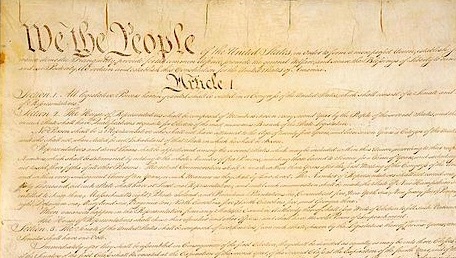 The Framers created these limitations in the Constitution so that the government could never become so pervasive in our lives that it threatened the very freedoms it was instituted to protect.

Many on our college campuses, in the media, and in politics have stepped up their efforts to try to dismiss our founding and to rewrite our history, attempting to change the image of America from the most successful experiment in self-government and representative democracy in the history of the world to an evil, self-serving nation that’s the cause of the world’s major problems.

Of course, we know that our system of government is not perfect. Despite our high-minded founding ideals, we allowed slavery, discrimination, and the internment of law-abiding citizens, and we withheld the right to vote from women and minorities.

We haven’t always lived up to our principles, but our Founders created a framework that allows society to continue to grow into the principles we profess and recognize the errors of our ways and correct them.

The Constitution was created as a contract between the American people and their government to protect America’s founding principles.

We wanted to be citizens, electing our leaders—not subjects of a king and his lords. We wanted our leaders to be bound by certain rules.

We wanted to be free to practice the religion of our choice and to speak freely without government restraint. We also wanted the federal government to be limited in its authority, serving mostly to protect citizens’ life, liberty, and property without unduly restricting their freedom.

As a conservative, I’ve often been asked, if you want to follow the Constitution and limit the federal government’s ability to solve society’s problems, where do we turn for solutions?

I respond: To the places we used to turn before the federal government got so large and overly involved in our everyday lives: to our families; our churches; and our communities. These institutions are the very building blocks of our society. These are the places where our greatest needs can be most properly addressed. If something needs more collective action, that’s often where state and local governments can come in, as government functions best when it’s closest and most accountable to the people.

Self-governing on an individual level means that we the people are trusted to make decisions for our own lives. We don’t need a central planning authority to ensure that we are fed and clothed or that decides where we work. It means that we are free in many aspects of our lives to do what we wish. It means we have tremendous liberties not recognized anywhere else on earth.

Our individual self-governance is ensured by the Constitution, which prescribes certain enumerated powers of the federal government—and it limits it to those powers.

The Framers created these limitations so that the government could never become so pervasive in our lives that it threatened the very freedoms it was instituted to protect.

The Constitution also divides power among the branches of government, as well as between the federal government and state governments, as additional assurances against tyranny. When we ignore the Constitution, we see that government overreach and the eroding of our own liberty are the result.

Despite the imperfections of our system, America remains the most successful experiment in representative democracy in human history. This nation has survived foreign invasions and terrorist attacks, a civil war and a cold war, the Great Depression and the Great Recession, and rancorous politics. America has always emerged triumphant because of a consistent and timeless set of principles embodied in this document we call the Constitution.

Let us do all we can to preserve and protect our Constitution so that it can continue to protect us.

8 thoughts on “Opinion: Why Americans should cherish the Constitution”