What in the world is happening these days? There are killings, protests, anger, confusion and all manner of emotions being reported. No one seems happy.

There is all this hype about gender. Just recently I was asked to declare my gender pronoun to be added to my meeting placard. I chose “me” after I asked, “Are you kidding me?” It got me to thinking: Does it really matter what other people think about me as long as I am comfortable in my own skin? 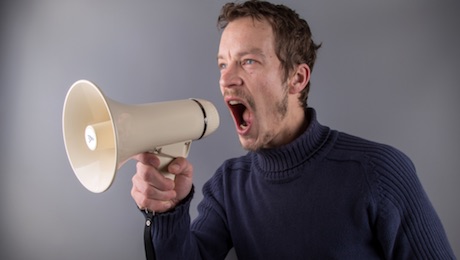 Mary Daly: “Screaming, hollering and marching in protest does nothing but stir up emotions. It does not develop solutions.”

I grew up on a farm in Caledonia County. My mom had a degree in Home Economics, and my dad had one in Mechanical Engineering. I learned a lot from both of them. I am comfortable in the kitchen cooking meals for any number of people — a little less comfortable in the farmyard running tractors and other chores. My dad has apparently told his hired men that I was his best raker of hay, probably to encourage them to work harder. After high school, I went on to nursing school. I chose a three-year hospital-based program where much of the learning was in the hospital, physically doing the work under supervision, of course. From there I went on to a very successful career as a registered nurse doing a number of different jobs. At one point, I climbed the ladder to assistant director of nurses in a 128-bed acute care hospital. Other places I worked did not promote me as I did not have a four-year BSN degree. Somewhere along the way, I learned that I was a visual and tactile learner but not an auditory learner, so the hospital based program worked for me.

All of the above taught me much about people, and I am still learning. What I know is that we are all different based on our own learning and our own experiences. To expect everyone to see the world as I see it is wrong. To allow people to be who they have developed into over their own lifetime is good.

To expect everyone to march to the same drummer reminds me of pictures of soldiers marching in parades. When someone gets out of step, the protests begin. Our best example these days is in Washington, D.C. President Donald Trump is a successful businessman. He is not a politician, except that he may be learning some of those skills these days. Some of us are applauding the great strides he has been making since he has been in office. But there are many who are protesting and hating that progress.

The current situation in the Middle East is very alarming. Iran uses bombs to create mayhem. But when President Trump uses a bomb to solve a problem, the protesters create the mayhem.

In any of these kinds of circumstances emotions can take over and create mayhem, too. We need to keep in mind the big picture by looking at the issues from all sides. Screaming, hollering and marching in protest does nothing but stir up emotions. It does not develop solutions.

One thought on “Opinion: What in the world is happening these days?”