This commentary is by E.J. Antoni, a research fellow for regional economics in The Heritage Foundation’s Center for Data Analysis and a senior fellow at Committee to Unleash Prosperity.

At least the Grinch had the courtesy to wait until Christmas Eve to begin his thievery. No such forbearance has been granted consumers this year, with inflation long since having put a damper on the season of giving. If you’re feeling the pinch, you’re not alone.

Although the White House is cheering a 7.1% inflation rate as some kind of achievement, there is not much joyfulness is so horrific a number. At that pace, prices will double in about a decade. 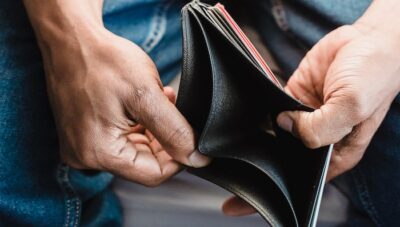 For the average family, prices have risen so much faster than wages since Biden became president that it is as if they have received an annual pay cut of $5,800 — but that’s just the average.

Like the abominable snowman, you cannot outrun or hide from inflation — it is everywhere and inescapable. Sadly, the holidays offer no protection, even when it comes to necessities.

At a time when we are supposed to be gathering together to celebrate, 73% of Americans are adjusting their holiday meal planning because of the high costs of food. Fully one quarter of U.S. families report not being able to afford as many guests at meals. Nothing chills the holiday spirit quite like a stack of bills you cannot afford to pay, but it’s even more depressing when those bills are for essentials, not luxuries.

With inflation pinching family budgets, many parents are struggling to afford toys this year. In response, toy manufacturers are producing smaller toys as a way to meet a lower price point, focusing on bringing products to market for $10 or less. Yes, shrinkflation (when businesses reduce quantity or quality without reducing price) has even hit children’s toys. Meanwhile, the tree under which you put those smaller gifts carries a bigger price tag.

The high costs for everything from toys to food is like a wet blanket over this Christmas season, but you wouldn’t know that from listening to the Biden administration. The White House proclaims the economy to be “strong as hell.” Yet, that is an odd way to characterize declining retail sales, massive decreases in full-time jobs, growing credit card debt and a collapse of monthly savings. None of these negative outcomes are a surprise, however, given the four-decade-high inflation rate fueled by President Joe Biden’s massive government deficits.

For the average family, prices have risen so much faster than wages since Biden became president that it is as if they have received an annual pay cut of $5,800 — but that’s just the average. If you’re trying to buy a median priced home today, compared to when Biden took office, it will cost you 84% more, far higher than the official 7.1% inflation rate.

One slightly whimsical alternative measure of inflation is the increased cost of the items in the 12 days of Christmas carol. Buying those items for your true love this year will cost 10.5% more than last Christmas.

But families don’t need an official measure of inflation from Washington to know they are being squeezed at the cash registers. They’ve been living it every day. It’s just that, in this season of gift giving, they experience it more acutely.

Indeed, they feel like Bob Cratchit, laboring under a miserly master, but instead of Scrooge being their employer, it’s the government picking their pocket through the hidden tax of inflation.

The gift that many families want for Christmas this year is for Washington to stop its big-spending ways that have unleashed this inflationary blizzard of higher prices. It seems unlikely that the government will have the political will to do so but, then again, this is the season of perpetual hope.