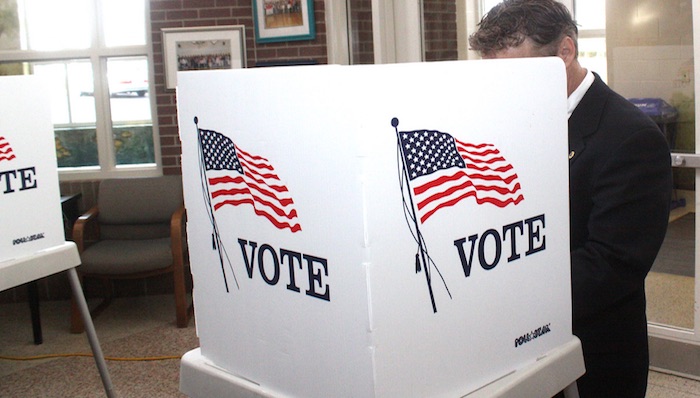 This commentary is by Jason Snead, executive director of Honest Elections Project Action.

The left’s latest ploy to remake elections is a complicated scheme called “ranked-choice voting” (RCV). Advocates claim it strengthens “majority rule” and leads to a healthier democracy, and they’ve pushed dozens of municipalities and two states to use it.

Nevada is their latest target. Voters there will decide on election day if they want to join in this nationwide experiment. If experience is any judge, they’d be wise to sit this one out.

If the measure known as Question 3 eventually passes (it would have to pass again in 2024), Nevada’s traditional election system will be upended. Party primaries will be replaced with a California-style “jungle primary.”

The five candidates who get the most votes will advance to the general and ranked-choice voting would be used to determine the final winner. That sounds simple, but RCV is far more complex than its proponents make it out to be.

Under RCV, if a voter’s top pick is eliminated and he has no second-place choice, his ballot is tossed out. RCV proponents euphemistically calls this ballot “exhaustion.” A better term is disenfranchisement, since exhausted ballots are simply erased from the final results, as though they had never been cast at all.

So many ballots can be thrown out in RCV elections that candidates can be elected without winning a majority of votes cast. That just happened in the 2022 Alaska special congressional election. Democratic candidate Mary Peltola won with just 48.4% of votes cast, yet was able to claim a winning margin of 51.5%.

How? Some 11,222 ballots were thrown out after the first round of tabulation, allowing Peltola to claim a majority mandate that did not exist.

This is not an isolated problem. Even George Soros-funded RCV advocacy groups like FairVote acknowledged that, on average, nearly one in three voters do not rank multiple candidates in RCV elections, leading their ballots to be tossed out if their candidate is eliminated. In fact, studies show that a significant number of votes are routinely thrown out in RCV elections. So much for RCV’s claims to promote “majority rule.”

RCV advocates claim it strengthens democracy, but data suggest it may actually decrease voter participation. This effect is particularly pronounced for infrequent voters, who may be turned off by RCV’s complexity. Some on the left even express grave concerns that the burdens of RCV will fall disproportionately on low-income and minority voters.

Great pains have been taken to present RCV as a bipartisan election reform, but it is impossible to ignore that the funding to push it comes overwhelmingly from the left. Massachusetts saw a nearly $3 million effort from the left-wing Action Now Initiative to round up signatures in support of their 2020 RCV initiative. Earlier this year in Missouri, a liberal organization contributed nearly $6.8 million dollars to support a ballot measure in the state.

Most recently, $2.26 million from mainly left-wing backers have poured into Nevada’s 2022 RCV campaign.

But all this money cannot cure the single largest problem that RCV faces: the more people learn about it, the more they turn away from it. Voters rejected RCV in Massachusetts and a multimillion campaign in Missouri failed to turn in enough signatures to even qualify for the ballot. The latest polling suggests that Nevadans, too, are souring on the scheme.

Who can blame them. Like the partisan plan to nationalize elections with H.R.1, or the left’s endless stream of election lawsuits, the aim of RCV isn’t to improve democracy but to reshape it for political advantage.

Activists are pushing hard across the country. Seattle also has an RCV proposal on the ballot this November, and RCV’s salesmen are already setting their sights on Arizona in 2024. Countless other towns and cities are in the crosshairs, too.

RCV isn’t the path to a better election system, just a more complicated one that disenfranchises Americans and fuels doubt and confusion. Ranked-choice is clearly the wrong choice for voting in America.

3 thoughts on “Opinion: The left is pushing to reshape voting systems across America — Here’s how”