This commentary is by Tyler O’Neil, author of “Making Hate Pay: The Corruption of the Southern Poverty Law Center.”

As a father, it is my responsibility to watch out for my children and to protect them from demonic lies and from medical interventions that would leave them scarred, stunted, and infertile. 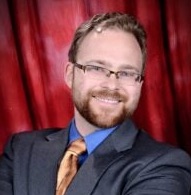 Naturally, these activists don’t admit the truth of what they plan to do. They couch the language in Orwellian terms like “gender-affirming care,” in order to make it seem like they, not parents, have the children’s best interests at heart.

These activists insist that if a child—barely old enough to grasp basic concepts of grammar, mathematics, or geography—claims that he or she identifies with the gender opposite his or her biological sex, that self-identity must override all other concerns. Woe to any parent who dares to disagree with the declarations of an 8-year-old.

In my home state of Virginia, Del. Elizabeth Guzman—a Democrat who represents portions of Prince William and Fauquier counties—supports a bill to expand the definition of “child abuse.”

Guzman’s bill (HB 580 in the 2020 session) would define as “abused” any child “whose parent or other person responsible for his care creates or inflicts, threatens to create or inflict, or allows to be created or inflicted upon such child a physical or mental injury on the basis of the child’s gender identity or sexual orientation.”

The bill doesn’t spell out exactly what a “physical or mental injury on the basis of the child’s gender identity” means, but “mental injury” can be rather broadly construed to include a parent’s disagreement with a child’s self-declared “gender identity.”

Nick Minock, a reporter for WJLA-TV (Channel 7), asked Guzman: “What could the penalties be if the investigation concludes that a parent is not affirming of their LGBTQ child? What could the consequences be?”

Guzman did not question the reporter’s framing of the question, but responded that if Child Protective Services runs an investigation and finds the parent guilty, “it could be a felony, it could be a misdemeanor, but we know that a CPS charge could harm your employment, could harm their education, because nowadays many people do a CPS database search before offering employment.”

Make no mistake, this bill involves criminalizing a parent’s dissent from a child’s stated “gender identity,” and activists are pushing gender identity on younger and younger ages.

Guzman’s bill doesn’t just represent the goal of one Virginia Democrat, however.

Major medical organizations such as the American Academy of Pediatrics, the American Medical Association, and the Children’s Hospital Association not only support transgender medical interventions for children, but sent the Justice Department a letter urging law enforcement to crack down on “disinformation.” This appeared to amount to reporters who run direct quotes from doctors who offer experimental “treatments.”

Last month, California Gov. Gavin Newsom, a Democrat, signed into law SB 107, a bill to turn California into a “sanctuary state” for “gender-affirming care.” The measure, which will take effect in January, defines “gender-affirming care” as an absolute right. It will give California courts the ability to award custody over a child if someone removes the child from his or her parents in another state to obtain such “care” for that child over the parents’ disagreement.

Gender activists and their allies who have infiltrated health care organizations often insist that experimental transgender medical interventions—which often amount to chemical castration—are essential for gender-confused children, to prevent them from committing suicide.

This twisted logic enables activists to claim that a parent’s disagreement on gender identity constitutes a form of “mental harm” to a child.

The idea that a father’s refusing to sign his daughter up for the removal of healthy breasts and a healthy womb constitutes child abuse is so absurd, it requires multiple levels of doublespeak to justify. False terms such as “gender-affirming care” are necessary to cloak the truth of what is going on.

In fact, this craze reminds me of the horrific history of eugenics and lobotomies, which were celebrated as the height of “progressive” science and medicine at the time. The inventor of the lobotomy received a Nobel Prize, and many Nobel laureates supported eugenics.

Yet even less invasive interventions also bring terrifying side effects. Cross-sex hormones can weaken kids’ bones and make them more prone to heart disease. So-called puberty blockers, often billed as fully reversible, involve introducing a disease into a child’s body and make puberty harder to start again, should the child change his or her mind.

Florida Surgeon General Joseph Ladapo put it perfectly in comments he sent me back in July.

“Medicalization of minors with gender dysphoria might advance the political views of physicians involved in their care, but the data showing any benefits for the actual children is extraordinarily thin,” Ladapo said. “The affirmation model runs an unacceptably high risk of harm.”

As a father, it is my job to protect my children from harm, and this gender ideology threatens multiple harms. It threatens to confuse my young children about what men and women are. It threatens to mutilate their bodies and deprive them of the long-term fulfillment of having children of their own one day.

It threatens to deprive them of their father, based on how I answer when my 3-year-old daughter asks, “Daddy, are you a man? Am I a girl?”

Not on my watch. If Guzman or Newsom want my children, they can tear them from my cold, dead hands. And I expect I’m far from alone.

3 thoughts on “Opinion: The gender-obsessed left will have to pry my children from my cold, dead hands”