This commentary is by J. Christian Adams, president of the Public Interest Legal Foundation, a former Justice Department attorney, and current commissioner on the United States Commission for Civil Rights. 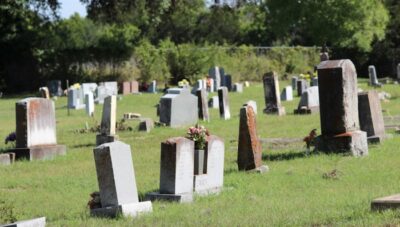 Pennsylvania entered into a settlement agreement with us to remove over 20,000 deceased registrants from their voter roll. It is now a lot harder to vote from beyond the grave in Pennsylvania.

It is essential that states have accurate and up to date voter rolls. This includes removing individuals who moved, have died, and duplicate registrants. Many states across the country are failing to do this essential voter list maintenance that is required by federal law.

When people pass away and remain on the voter rolls, it is a problem. That means election officials believe these individuals are still eligible to vote. There are people who will take advantage of these vulnerabilities in the electoral process and cast ballots for these deceased individuals.

For example, in Pennsylvania, the Public Interest Legal Foundation, of which I am president, turned over information to Pennsylvania authorities about individuals who had passed away but had vote credits in the 2020 election. This led to the arrest of an individual who voted for his dead wife.

Pennsylvania entered into a settlement agreement with us to remove over 20,000 deceased registrants from their voter roll. It is now a lot harder to vote from beyond the grave in Pennsylvania.

Unfortunately, this problem is bigger than just Pennsylvania. We sued Michigan Secretary of State Jocelyn Benson for failing to remove over 25,000 deceased registrants from the state’s voter roll. The court denied her motion to dismiss the case, and the litigation is still ongoing.

In Minnesota, we filed six Help America Vote Act (HAVA) complaints in six different counties for failing to remove a total of 515 duplicate registrations. And yes, government records do show that some of these individuals do have two vote credits in the 2020 election.

Unfortunately, the problem of duplicate registrations goes well beyond Minnesota. In a report released in 2020, the Public Interest Legal Foundation found nearly 38,000 duplicate registrants on America’s voter rolls. We even found a man in Pennsylvania registered seven times. You read that right — seven.

Election officials in states across the country are not doing their jobs. Federal law requires deceased and duplicate voter registrations be removed from the voter roll.

Every inaccuracy on the voter roll presents an opportunity for fraud and abuse. This presents an even bigger problem in states that do automatic vote by mail. In these states, deceased and duplicate registrants will receive ballots. No one wants anyone voting from beyond the grave or more than once.

2 thoughts on “Opinion: Here’s why voter rolls are essential to victory in the election integrity fight”