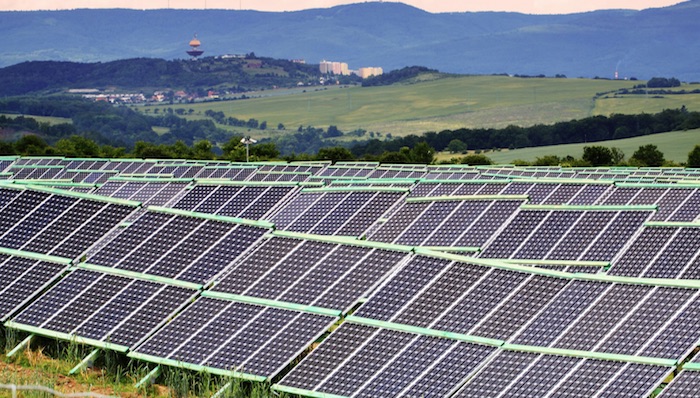 To be sure, Russia is throttling gas supplies, but what they won’t mention is how Europe became enthralled to Russia and its vast natural gas reserves in the first place. The fact is, Europe spent decades replacing fossil fuels with intermittent, unreliable renewable energy, largely from wind and solar.

If energy is life and the lack of energy is death, then Europe’s dismantling its own energy security is the equivalent of civilizational suicide.

Europe is once again on the brink of lockdowns — though their goal this time around is not to “stop the spread” of a virus. This time, European Union members, and even the UK, are imposing energy rationing schemes in an attempt to keep people from freezing to death this winter.

In Germany, they’re no longer heating public pools, traffic lights are being shut off and turning off city fountains. Hungary instructed schools to look into wood-burning to keep warm. The Netherlands is urging citizens to shower less, and Spain is literally regulating people’s thermostats.

The UK is not only bracing for potential blackouts, but also for eye-popping electricity rates. Power bills are set to hit $5,000 a year, which one group warned, will drive one-third of households into “fuel poverty.”

Heavy industry is also facing restrictions, if not outright shutdowns as electricity prices fly off the charts and inflation soars. Some chemical, fertilizer and steel plants are already shutting down as this new, economic contagion spreads.

Of course, the Euro elites who lord over the continent will tell you this is all Russia’s fault. To be sure, Russia is throttling gas supplies, but what they won’t mention is how Europe became enthralled to Russia and its vast natural gas reserves in the first place.

The fact is, Europe spent decades replacing fossil fuels with intermittent, unreliable renewable energy, largely from wind and solar. For years, Europe’s political elites ignored, dismissed and even mocked those who sounded the alarm on their “green” indulgences.

The pitfalls of this misguided policy were obvious — wind and solar power need tremendous amounts of backup fuel sources given their intermittent nature. Hence why Europe, Germany in particular, became addicted to cheap Russian gas. The more renewables they dumped onto the grid, the more reliant they became on Vladimir Putin’s energy.

Nowhere is this more obvious than Europe’s economic powerhouse, Germany. Under former Chancellor Angela Merkel, the country embarked on the so-called “Energiewende” to transition to “green” energy, like wind and solar.

Germany sank hundreds of billions of dollars into this green fantasy while closing baseload coal plants and eschewing the potentially bountiful natural gas reserves right under their feet. Merkel even began the patently insane policy of closing nuclear power plants after the Fukushima disaster in 2011. The current government is only now reconsidering that disastrous course.

The result of this green transition? Germany’s economy is teetering on the brink of ruin, and officials are concerned about social upheaval and widespread unrest if things really take a turn for the worst this winter.

And they very well could… but why should Americans worry? Besides the obvious economic and geopolitical fallout, it bears reminding that despite Europe’s blunders, many on the political left still see them as model states when it comes to climate policies.

Europe has long been a bellwether for where the American left is headed, whether it’s calls for socialized medicine or the Green New Deal. Indeed, the Biden administration joined Europe in committing to the laughable goal of “net zero” emissions in the coming decades.

It turns out “net zero” really just refers to what will be left in your bank account as energy prices skyrocket. While gas prices have come down, they’re still unnecessarily high thanks to President Joe Biden’s war on fossil fuels.

Despite the president’s half-hearted pro-oil production rhetoric, there’s zero indication he will substantively change course when it comes to implementing climate policies similar to the ones that enthralled Europe to Russia.

Except in our case, we won’t become Russian serfs. Instead, we’ll become dependent on the Chinese Communist Party for the critical minerals to power Biden’s “green” revolution.

China’s malfeasance already brought about a COVID lockdown – it would be a massive, unforced error to let it happen again.

6 thoughts on “Opinion: Europe is descending into climate lockdowns due to reliance on wind and solar”