Editor’s note: This commentary is by KT Cappellini, of Plymouth. He is a commercial real estate investor and TV producer who ran for state representative in 2016.

With Vermonters facing yet another three weeks of the state’s mandatory “stay-at-home” order — and possibly longer if Gov. Phil Scott decides to extend it — the question on most folks’ minds during these long days around the house is, “what next?”

Scott has done the very best he can with the information and the means he has at his disposal — that is, the drawer of dull, rusty tools comprising the Democratic supermajority in the Vermont Legislature.

Still, images of dairy farmers dumping milk and the shuttering of what’s left of Vermont’s working-class economy don’t bode well for a state that was already in dire straits financially before the coronavirus came along and turned mud season into “quarantine season.”

Moving forward, it’s important that Vermonters once again take stock of their little “frontier of the Northeast,” what makes it special, and henceforth, what could help it stand apart in a country and world that will almost certainly not look anything like they did prior to COVID-19. Doing so becomes increasingly more important when one factors in the pending November elections. 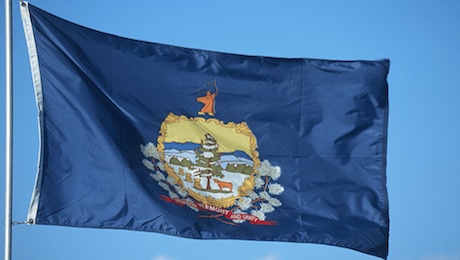 In the wake of the coronavirus crisis, when the once great U.S. “Factory of Democracy” that won a global war on two separate fronts finds itself scrambling to make cotton swabs, Vermont should begin re-tooling for an uncertain future.

Here, we should all be reminded that over the past several years as Montpelier burned, the Democratic supermajority fiddled away entire legislative sessions debating topics like identity politics (in a state with a majority white population of under a million souls), climate change (in a rural state with more tree cover than when the European settlers first arrived), gun control ( in a rural state with a deep tradition of firearms ownership and the lowest levels of firearms violence in the country), and marijuana legalization (because they saw dollar signs and “everyone else is doing it”).

Their latest incarnation, a carbon tax on fossil fuels, was already a preposterous piece of legislation aimed at bleeding working- and middle-class families, as championed by smug elitists whose idea of “work” is something that they pay people in dirty Carhartts to do. Now, in the face of a looming Second Great Depression, the idea of $1 per gallon tax on heating oil fails the sniff test — an idea by a governing class completely out of touch with the governed.

Enter the coronavirus crisis and ensuing economic fallout. Outside of expressing the standard platitudes of solidarity during crisis, Republicans and independents mostly went along with the Democrats’ push to expand unemployment benefits — effectively a Trojan Horse for Democrats’ aspirational dreams of a $15 minimum wage — to the point now that when factoring in the addition of generous federal benefits, Vermont’s hourly workers are making far more staying home than they did going to work.

At the federal level, it’s even easier to see where Vermont’s governing class-sensibilities lie. Out of nearly $2 billion in federal emergency spending earmarked for Vermont, a mere $175,000 has been slated to help the state’s small and medium size manufacturers, with the arts receiving a more generous, yet still paltry $826,000.

Back in 2018, on the eve of the midterm elections, I wrote a piece titled “Be Brave, Little State,” about the dangers of a Vermont economy heavily dependent on tourism and investments in luxury consumables.

By now, faced with shortages of everything from toilet paper to antibiotics, Vermonters should be waking up to the limits of a globalized economy, one with off-shored industrial jobs and a “just-in-time” supply chain stretching all the way to places like Mexico, Vietnam and China.

We get this very special export of coronavirus from China, a country whose claim to fame for the past 40 years has been exporting collectivist, totalitarian ideology and inferior, slave-labor-produced consumer goods — as anyone who has purchased a vacuum, fan, toaster, weed eater, or miscellaneous car part can attest. (The latest gem in substandard Chinese manufacturing is defective shipments of KN95 masks and PPE to more than 16 different countries, including the United States.)

In the wake of the coronavirus crisis, when the once great U.S. “Factory of Democracy” that won a global war on two separate fronts finds itself scrambling to make cotton swabs, Vermont should begin re-tooling for an uncertain future.

More craft breweries, ski holidays, and marijuana dispensaries no longer present as sensible or even realistic in the face of a virulent respiratory illness, especially one that might remerge during a deadlier second wave next winter. Neither does letting hordes of flatlanders — perhaps many carrying the Coronavirus and not aware of it — descend upon Vermont this summer.

Places like Sun Valley, Idaho, and Whitefish, Montana, are already dealing with this fallout, a significant part of which is trying to regulate the Wild West of Airbnb, with property owners enticing well-heeled city dwellers able to work from home to ditch their apartments and “head for the hills.”

Well before the onset of coronavirus, Vermont towns everywhere were dealing with the collateral damage from Airbnb: flatlanders run amuck, getting stuck and abandoning cars with no snow tires, sleeping flop-house style in one or two bedroom homes with septic systems not designed to handle the load, and leaving bags of garbage strewn about for the bears. Already-overburdened local police and fire departments have struggled to deal with the influx.

Moreover, Vermont is in a very unique situation, in that unlike the more remote tourist areas of Sun Valley and Whitefish, its ski towns are all within driving distance of one of the Top 5 COVID-clusters in the world, New York City.

Gov. Scott’s executive order banning all short term vacation rentals until after June 15 was a step in the right direction; he should extend the order indefinitely. Additionally, he should expand his original efforts to monitor traffic inbound from the New York, Connecticut and Massachusetts. Vermont’s own plan should more closely emulate that of Rhode Island’s, with the National Guard paying a visit to anyone coming up to a second home in Vermont.

The world post-COVID is going to be a very different place. In order to prosper in this new environment, Vermont’s electorate must summon the courage to elect officials who will, above all else, protect the integrity of Vermont and the health of Vermonters, and promote economic self-reliance on a scale that Vermont’s ancestors would be proud of.

As such, investing significant capital into all of that dying industrial infrastructure down on the Connecticut River — and awarding tax breaks for doing so — in places like Springfield, former heart of the Precision Valley, no longer seems like such a far-fetched idea. Hydroelectric power running small, efficient factories churning out ventilators, PPE medical gear, KN95 masks, even cotton swabs.