“Section 230” is a buzz word that has been bandied back and forth lately between the new left and conservatives in Washington D.C. It is a statute to shield internet companies from legal entrapment. It allows people to freely post most anything on the internet, from intimate stories about their lives, to political issues. So why all of the fuss over 230 lately? If it protects Big Tech from liability for content uploaded to their social media platforms, then why should there be any controversy over it at all?

Section 230 was passed in 1996 to assist internet startups. With print media censoring more news, Congress viewed the internet as a new free speech forum. The law was an olive branch to internet providers so they could remove lascivious content considered harmful or not proper for the young. In return, they would provide an open public uncensored forum for all social and political discourse. The internet would become a true haven for free speech on political, social and intellectual topics. 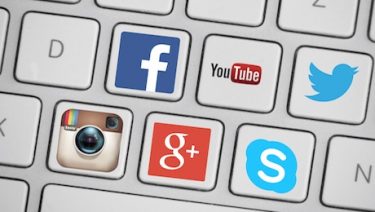 A small number of Big Tech giants are now controlling the flow of most information in our society, aided by government policy.

For the past four years, Section 230 transmuted from a harbor for free speech into a gift for big tech companies to circumvent the first amendment, and censor “free speech” for political gain. What legally is the privilege to expurgate lascivious content “only” has been judicially contorted by the courts to unintentionally provide Big Tech bulletproof immunity from all arbitrary censorship.

Section 230 is a gift that keeps on giving to Big Tech-owned social media platforms to engage in viewpoint discrimination at an unprecedented rate. Mega broadband corporations openly and freely abuse Section 230 daily, by determining what news, information and perspectives we can access, read, hear and post. The FCC has turned a deaf ear to abridgements of our rights to free speech.

A small number of Big Tech giants are now controlling the flow of most information in our society, “aided by government policy.” The left defends this practice claiming these private companies are exercising their First Amendment rights. Yet their argument is overtly flawed. They conveniently ignore that these companies agreed to abide by a law passed as a “privilege” to “allow” free speech.

Within hours after the Oct. 14 New York Post article on Hunter Biden and emails discovered on a laptop appeared on Twitter, users received a dubious message if they tried to share the story: “The link has been identified as harmful.” Facebook banned the story completely. Ultimately, social networks demoted it to “questionable news” until their fact-checkers verified it after the election.

Liberal Big Tech giants hoped by blocking the story they would stop people from reading it; which is an example of their arrogance. Nonprofit and small “fair and honest” social news sites had the story posted within hours. The Blaze, Epoch Times, News Max, Franklin and other truth-seeking for-profit and nonprofit news sources were informing millions of readers about the truth and the facts.

The Post called this an act of “modern totalitarianism, carried out by Silicon Valley dweebs.” The article ended up being the most-debated news story in the nation for weeks and is still a top story in the legitimate news today. Congressional leaders vowed to extract anti-conservative testimony on bias from Mark Zuckerberg and Jack Dorsey, and other “Big Brothers” at Facebook and Twitter.

Big Tech has gifted unlimited power to censor all information in our free society by the government. If Google suppresses content, it does so for 90% of the global news market. When Twitter banned the critical news about the Bidens a month before the last election, it totally reshaped the national news narrative. Facebook admitted they use their resources to influence voters and the elections.

The ultimate impact these companies have is shaping independent thought by limiting our access to truthful reporting. This dictates consumer behavior, compromises election integrity and controls and censors freedom of speech. By forcing their liberal politics on society, they empower tyrannical rule within our free society.

Georgetown University law professor Rebecca Tushnet wrote, “The broad leeway given to Internet companies represents power without responsibility.” One Fox reporter said, “The original purpose of 230 was to facilitate the development of free speech forums, not to censor freedom of speech.”

Only one case of abuse of the Section 230 privilege has been prosecuted. Backpage.com, well known for its adult personals, has been charged by an Arizona federal grand jury over alleged prostitution and child abuse. Major digital-rights groups spent years defending their right not to take down child abuse posts.

Section 230 has turned into a Teflon shield, not to protect internet free speech, but to censor it.

Michael Beckerman of the Internet Association openly admits Section 230 “is not blanket amnesty for internet censorship,” but only mentions their obligation to monitor “sex trafficking.” And, he says, without Section 230 protections, providers would resort to more free speech censorship, not less.

This is the type of warped logic that has allowed Big Tech to censor free speech around the globe.

Cato said, “Patience is a virtue and a vice.” When Twitter and Facebook, along with Tiktok, PayPal, Discord, YouTube, and Google, banned Donald Trump, celebrities of all stripes and all free world leaders condemned every U.S. Big Tech CEO!

A CNN reporter tweeted, “When five companies control all online speech, this is a major problem.” Fox News host Greg Gutfeld scorched social media and the far left. “What makes us different from you is we don’t play favorites like you do, we are outraged about your double standards.” He went on, “Americans do not need lectures from hypocrites or liberal media pundits on anything we do!”

Leftist Emily Ratajkowski, a “woke” celebrity who backed Socialist Bernie Sanders in 2016 and in 2017 praised Planned Parenthood, also defended Melania Trump after a New York Times reporter called our first lady a “hooker.” She said. “They insulted our entire nation!” She attacked Mark Zuckerberg and Facebook for believing that they had the “absolute power” to block Donald Trump’s accounts.

France’s Bruno Maire said, “Digital regulation should never be done by any digital oligarchy.” Germany’s Angela Merkel agreed, “Banning any elected president or anyone from the right to free speech by any corporate executive of any digital company is very problematic to our free world!”

Unprecedented power by tech industry giants threatens our republican self-government. Congress must amend Section 230 to outlaw all censorship of legal, ethical, social and political discourse on internet forums. This must apply to everyone who operates public internet access controlled by the FCC, or they will lose their license.

One thought on “Op-Ed: FCC Section 230, a shield for censoring free speech”