At the rate we are going, saying “good morning” might become offensive.

The principal of Cherry Hill High School East in New Jersey issued an apology after some students deemed the public school’s prom theme, “Party Like It’s 1776,” to be insensitive.

“I am writing to apologize for the hurt feelings this reference caused for members of our school family,” Dennis Perry wrote Friday in a letter, according to the Cherry Hill Courier Post.

“I especially apologize to our African American students, who I have let down by not initially recognizing the inappropriateness of this wording,” he said. 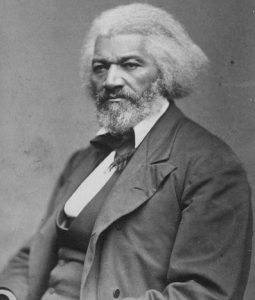 On July 5, 1852, while in Rochester, New York, Frederick Douglass gave his famous speech, “What to the Slave is the Fourth of July?” The speech questions how America can celebrate the anniversary of the signing of the Declaration of Independence while the document’s ideals were not yet realized for many Americans.

The principal announced that tickets would not be needed to get into the prom, a name would suffice, the tickets would be redesigned, and “safeguards” would be laid down in the future to make sure nobody is offended by anything the school does.

What is especially ridiculous about this whole situation is that the school is hosting the prom at the National Constitution Center in Philadelphia, a building that pays tribute to the nation’s founding documents.

Every American, of any background, has a good reason to celebrate 1776.

While it is true that the promise of freedom imbued in the Declaration of Independence wasn’t extended to everyone initially, it nevertheless set the stage for an advancement of liberty in the future.

Nobody has better explained this than Frederick Douglass, a black man who had been a slave before freeing himself and becoming one of America’s leading abolitionists.

Douglass spoke about what 1776 and the Fourth of July meant to him in his 1852 speech, “The Meaning of July Fourth for the Negro.”

Slavery, at that time, was still practiced widely across the country. But as much as Douglass loathed this institution and railed against the hypocrisy of rallying around a creed that says “all men are created equal” while leaving other Americans in oppressive bondage, he did not turn on the ideal of 1776 or the forces unleashed at that moment.

“The Fourth of July is the first great fact in your nation’s history—the very ringbolt in the chain of your yet undeveloped destiny,” Douglass said to his audience, adding:

Pride and patriotism, not less than gratitude, prompt you to celebrate and to hold it in perpetual remembrance. I have said that the Declaration of Independence is the ringbolt to the chain of your nation’s destiny; so, indeed, I regard it. The principles contained in that instrument are saving principles. Stand by those principles, be true to them on all occasions, in all places, against all foes, and at whatever cost.

Douglass then turned and criticized Americans for not making the universal truths of the founding documents truly universal. He reminded them that it was hard to celebrate liberty when so many remained in abject slavery.

Importantly, Douglass didn’t tell his audience to reject the American founding, to reject Independence Day. He told them all to embrace it and create a new birth of freedom, as Abraham Lincoln would later call it in the Gettysburg Address.

An America that no longer can celebrate or recognize this triumph is hardly a nation at all. It is an America where the most fundamental chords of what we are have been severed, and our future is made gloomy by a lack of any discernible connective tissues besides the old fallbacks of race and tribe.

This would be a terrible fate for our experiment in liberty, now over two centuries old.

Peter C. Myers, a professor of political science at the University of Wisconsin and expert in American political thought, wrote in a paper for The Heritage Foundation that Douglass embraced America’s founding even as its promise still had not entirely reached people like him.

“The principles of natural human rights set forth in the Declaration of Independence, Douglass was convinced, represent a permanent, universal truth as well as the most practically powerful moral and political theory ever conceived,” Meyers wrote. “It was above all in America’s original and unforgettable dedication to those principles that Douglass found reason to love and identify with his country, despite the injustices that he and his people had suffered.”

1776 was a universal triumph, the essential first step to abolishing slavery in just four score and seven years.

If a man like Douglass, who had as good a right as any to reject America, instead fully embraced what it stood for, then surely we today can universally champion its creation.

There is nothing unusual about America being divided, as it often is today. The framers of our Constitution designed our institutions to create an acceptable consensus out of disagreement, while protecting our fundamental liberties from the whims of mobs and tyrants.

However, the one thing that we must adhere to as a nation is the foundational creed that derives from the Declaration of Independence and the republican institutions that the Founding Fathers gave us.

If even these cornerstone ideas can’t be shared by everyone, then we flirt with the kind of fracture that occurred in our great Civil War, in which the most fundamental elements of what we are were questioned and attacked.

It is sad and disturbing to think that modern Americans today cannot unite behind something as universal as the Spirit of ’76.

Episodes like these are making many Americans lose faith in their public schools, and demonstrate why the issue of school choice is so essential.

Education goes beyond test scores and angling to get into competitive colleges. It’s about preparing young people to live as free citizens in a constitutional republic.

If our schools are failing to do that, parents need the tools to pressure them to do a better job of teaching them American values and American history. At the very least, we must give parents the option to put their children in a school that will.

Americans face dire consequences if we allow this system of public education to go unfixed.

“I am apt to believe that it will be celebrated, by succeeding generations, as the great anniversary festival,” Adams wrote in a letter to his wife, Abigail, adding:

It ought to be commemorated, as the Day of Deliverance by solemn acts of devotion to God Almighty. It ought to be solemnized with pomp and parade, with shews, games, sports, guns, bells, bonfires and illuminations from one end of this continent to the other from this time forward forever more.

Let’s make sure that sort of partying continues.