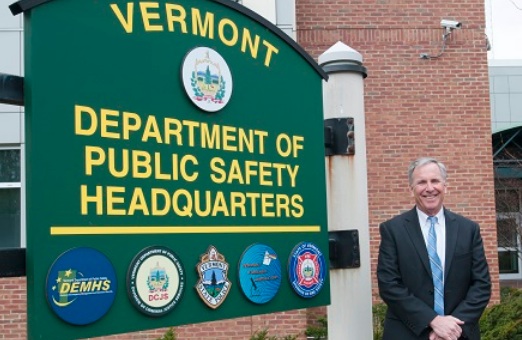 As commissioner of the Department of Public Safety, Thomas D. Anderson oversees state police, emergency management, forensics and fire safety, among other divisions. On Tuesday he said pot legalization would lead to an increase in traffic fatalities in Vermont.

In comments made during the meeting, Commissioner Anderson said:

“I don’t speak for the subcommittee on roadway safety, I speak as the Commissioner of Public Safety, that based on my review of the research and based on my review of the studies that have been done on highway fatality deaths, that you can reach the conclusion that with the increased use of marijuana and the legalization of marijuana, there will be an increase in the roadway fatalities. The data and the research does support that.”

This conclusion by Vermont’s top law enforcement officer goes right to the heart of whether there should be legalization of any marijuana for recreational use. Government has an obligation to protect the people and not to enable their death. Enabling their death is exactly what will be happening if our legislators pass, and the governor signs, legalization of marijuana. And hard as it is to say, they will be responsible for the deaths of people. The evidence is there.

Nor does it make sense that marijuana is illegal to possess under federal law and our Legislature is considering violating that law and passing a law that they constitutionally cannot do. Other states have flouted federal law and have legalized marijuana.

Statistics are coming from Colorado and Washington, and they are showing large increases in highway fatalities related to marijuana since legalization. Vermont should wait for a few more years, set baselines for future comparisons, then wait and watch what is happening in these other states. We should also watch what the Justice Department might decide to do to law-breaking legalization states before the Vermont Legislature further considers such legalization.

14 thoughts on “Bob Orleck: On expected increase in pot-related roadway fatalities in Vermont”