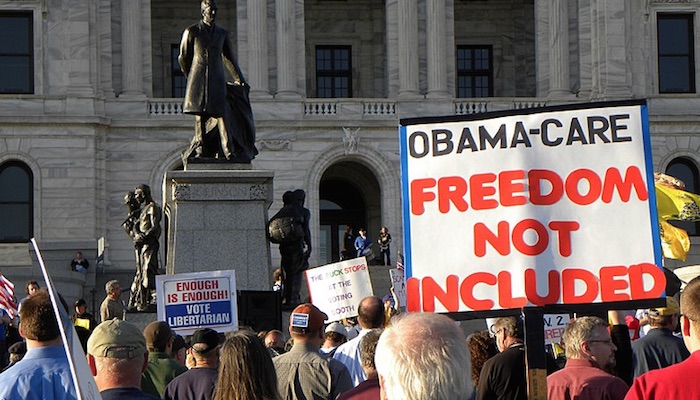 Perhaps instead of looking for government to solve a government-caused problem, the answer is to find other ways to deliver better health coverage and care. The key is to bring more choice and competition to the health care system.

The prognosis for Obamacare isn’t looking too great right now.

Last December, a district judge in Texas ruled that Obamacare should be struck down in its entirety. The Justice Department said in a federal appeals court filing on Monday that it agrees with this ruling, according to CNN, which would be a reversal of its previous position that only some of the law should be overturned.

Regardless of how the courts rule, Obamacare has been a manifest failure and a harm to American health care.

Obamacare led to years of increasing costs and decreasing choices. Premiums doubled in the first four years of the program. Millions lost the coverage they used to have. Americans found it harder to pick the right plan and doctor, as health plan choices declined and provider networks narrowed. Frustrated providers are drowning in red tape and increasingly feeling burned out. Meanwhile, taxpayers are on the hook for the money needed to paper over Obamacare’s flawed structure.

The rise in premiums, which the Obama administration said wouldn’t generally happen, has been well documented. Premiums for individual coverage more than doubled between 2013 and 2017, according to a Department of Health and Human Services report.

This effect is primarily due to Obamacare regulations, fees, and other various provisions in the law.

It’s also created a huge liability for states that bought into the Medicaid expansion, which is now starting to cause a serious strain on state budgets as federal funding winds down.

A recent report from the Heartland Institute, a free-market think tank, explained the problem now arising in Virginia, which recently agreed to the Medicaid expansion: “For most of the past decade, Medicaid has been overwhelming Virginia’s budget to the point where the state is now expecting a $462.5 million shortfall over the next two years and lawmakers are torn over how to make up the difference.”

This isn’t what states expected. Clearly Obamacare has failed to deliver on its promises, as new problems like this now have to be dealt with.

As if these problems weren’t enough, many now want to use this moment of uncertainty to push our system even further to the left, advocating single-payer, socialized medicine. Numerous Democratic senators have already lined up behind independent Vermont Sen. Bernie Sanders’ plan, “Medicare for All.” Supporters include 2020 presidential candidates.

This socialist plan would lead to a catastrophe far worse than Obamacare. Here are three big reasons why: You would lose your current insurance, as proponents have admitted they want to abolish private insurance; government control of health care and taxes would surge; and wait times for treatment would go up as care quality goes down.

Such a plan would only double down on the failures of Obamacare. It wouldn’t fix anything.

There are real ways to improve our health care and insurance system, ways that could lead to more innovation and lower costs for American families.

Perhaps instead of looking for government to solve a government-caused problem—government has been heavily involved in American health care for over 50 years—the answer is to find other ways to deliver better health coverage and care. The key is to bring more choice and competition to the health care system.

We could truly bring more choice and competition to the health care systemwith the Health Care Choices Proposal, which would lower premiums by up to a third, increase private insurance, and protect the vulnerable—all without spending additional money in federal tax dollars.

Whether Obamacare is repealed or struck down, the fact is it cannot stay. It needs to be replaced by something better.

Socialized medicine isn’t the answer. It would only produce more misery for the American people.

3 thoughts on “Obamacare is in danger. Here’s why it’s been so bad for America.”